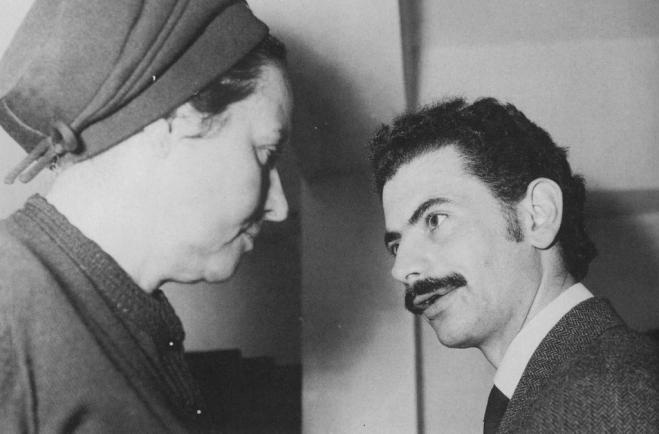 Former PAsOK minister Sifis Valyrakis was found dead yesterday, after an accident at sea with his inflatable.

Former PASOK minister Sifis Valyrakis had gone out yesterday for a snorkel dive with his inflatable boat, off Eretria. He had failed to return and his wife informed the port authorities. Early in the evening he was found dead.

The announcement of the Coast Guard:

The Port Authorities of Chalkida, Eretria and Aliveri were informed yesterday afternoon about an incident of a missing 77-year-old native in the sea area of Eretria, who had sailed in a small inflatable boat from the port of Eretria.

Initially, the inflatable boat was located by a boat, on the rocky shore of the islet "AGIA TRIADA", while then the 77-year-old was located by a private individual on the east shore of "PEZONISIOU" Eretria and was pulled out unconscious. The man was picked up by an ambulance and taken to the General Hospital of Chalkida, where he was pronounced dead.

Preliminary investigation is carried out by the 2nd Port Department of Eretria of the Central Port Authority of Chalkida, while the body will be transferred to the Forensic Medicine Laboratory of the University of Athens for an autopsy.

An incredible fight against the junta

He was born in 1943 in Chania. His father, Giannis Valyrakis, was an Army officer and a member of the Center Union. He studied electronic engineering in Germany and Sweden, specializing in industrial automation. He spoke English, German and Swedish.

A leading member of the anti-junta resistance and the armed branch of the PAK, Valyrakis was wanted by the regime on April 21 for three years for bombings and was finally arrested in 1971, where he was tortured and imprisoned in the EAT-ESA. However, he escaped as he managed to cut the bars of his cell and then caused a short circuit in the electricity network of the prisons. He then climbed onto the roof of a train bound for Yugoslavia. Unfortunately for him, the train stopped for supplies at the border, the headlights of the outposts fell on him, they located him and arrested him. This time he was taken to Corfu prison.

Finally he managed to escape again, this time swimming to Albania. But Enver Hoxha's regime there thought he was a Greek junta spy, and initially sentenced him to three years in forced labor in Fieri camp. But this time he was lucky as Andreas Papandreou mobilized his contacts with the international Maoist and pro-Chinese movement (at that time Albania was a satellite of Mao's China) to save him. Eventually, the Prince of Cambodia, Sihanouk, a close friend of Andreas Papandreou, intervened against the Chinese, who intervened against the Albanians, and Sifis Valyrakis was released.

He was married to the famous painter Mina Papatheodorou-Valyraki, who has won many international awards for her works. The couple has 2 children.