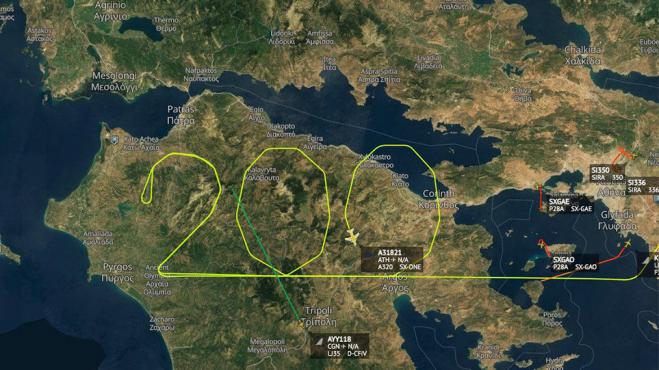 Aegean Airlines is also moving, or rather flying to the tune of bicentennial celebrations for the Greek Revolution, as one of its aircraft flew over the Peloponnese, forming with its course the number 200
.

In particular, the five-year-old Airbus A320 aircraft flew at about 20,000 feet above the place where the Greek Revolution began. It started from El. Venizelos, arrived in Achaia and from there began to form the 200, flying over Ancient Olympia, Kalavrita, Corinth, Argos and the historic Dervenakia. It is noted that even the flight number was symbolic for which was chosen for the A3: Flight 1821.