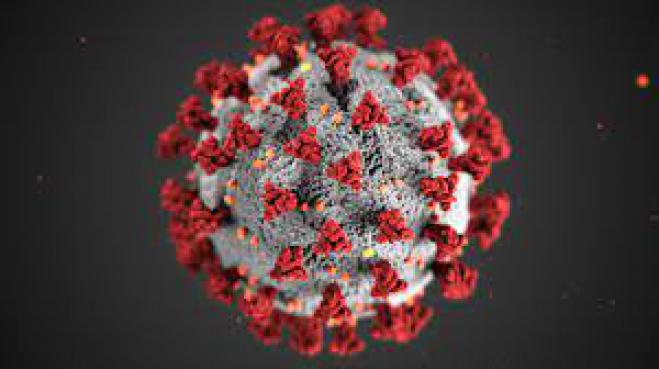 A new variant of the coronavirus has found its way to Greece.

This mutation comes from Colombia and was detected for the first time in our country on June 9, in Patras.

It is recalled that Patras was one of the first areas in which the Delta mutation appeared in the spring.

The incident caused concern, as in our country a total of 29 cases have been identified that carry the mutated Delta strain.

However, professor of Microbiology at the University of West Attica, Alkiviadis Vatopoulos, hurried today to reassure Greeks, saying that although the mutation is more contagious, it is not so pathogenic.

Commenting on the mutation from Colombia, which was located yesterday in Patras, he noted that the mutations are an endless process, but this does not mean that the end of the pandemic is being postponed.

“The virus can be weakened. The prevailing clones are usually more contagious and less pathogenic. The realistic scenario is that it will linger like the flu “, emphasizing that people should be vaccinated so as not to leave open space for mutations to develop.

Regarding the measures announced yesterday by the government for those unvaccinated concerning travel to the islands only with rapid or molecular test, Mr. Vatopoulos pointed out that they will be judged by the result.

“The point is to convince people to get vaccinated. If the world is not vaccinated we will have constant relapses, we will have mutations, the problem will be perpetuated. I do not disagree with the measures, they just should notbe construes as something vindictive, that is, ‘since you are not vaccinated, you will be punished”, he stated characteristically.

At the same time, concerns are growing about the course of the coronavirus epidemic in the country after the emergence of new cases of the most contagious Delta mutation, which according to the World Health Organization is expected to prevail on the planet in August.

Of the 29 cases detected in the country as part of genomic surveillance until mid-June, yesterday another 25 were reported in the epidemiological report, bringing the total number of Delta mutants to 54. Of these, 30 have been detected in Heraklion, Crete, 8 in Attica, 5 in Thessaloniki, 4 in Lesvos, 2 in Paros and from 1 in Evia, Achaia, Corinth, Halkidiki and at the Athens international airport.

“The Delta mutation is changing the balance of the data, but also the thoughts of the experts on how we will proceed in the coming summer months. The discussion today is that we will be able to delay its spread in the community until further increase in vaccination coverage in the country,” said the professor of Pediatric Infectious Diseases.

Ms. Papaevangelou spoke about an exhaustive tracking of suspected cases, but also of the confirmed incidents in order to delay the dispersal. Wanting to emphasize the danger of the new Delta strain, he referred to data that show that this mutation is 100% more contagious than the original Wuhan virus, but also 40% -60% more contagious compared to the British mutation, which significantly contributed to third pandemic wave that hit Europe and Greece in early 2021.

He stressed that the intra-familial transmission of the D mutation seems to be particularly high, while he pointed out that there is no increase in re-infections in people with a previous COVID-19 disease.