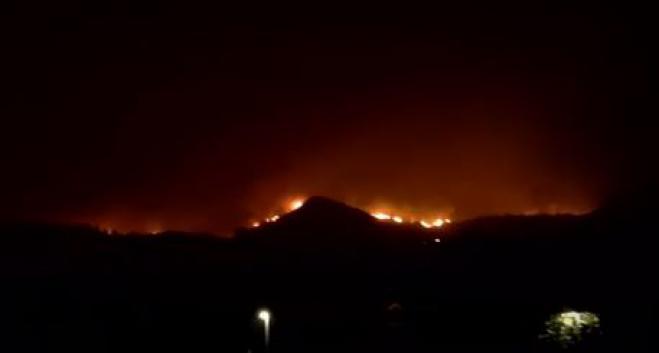 New re-ignition of the fire in Ancient Olympia in an area a few kilometers away from the archeological site, as broadcast by local officials.

Vassilis Giannopoulos, deputy governor of Ilia, speaking to ERT, informed about this new resurgence and called for an increase in the air means operating in the area.

In the evening, the direction of the winds had removed the flames from the archeological site, the museum and the facilities of the International Olympic Academy, however the situation at this time is difficult. "The first aircraft have arrived, the others are expected, we have placed our hopes in aerial means. There is no wind," said Mr. Giannopoulos.

He spoke of a "difficult resurgence near Ancient Olympia" and noted that the fire was moving towards the settlement of Helidonou.

Speaking to the same media, the mayor of Ancient Olympia, George Georgiopoulos, also referred to the resurgence of the fire, clarifying that the archaeological site has not escaped danger. As for the damage, he stressed that the burned houses are close to 20, but the full extent of the damage will be seen.

There are 174 firefighters operating in the area, with nine groups of pedestrians, 52 vehicles, the S.M.E.A. team, the OLYMPUS Mobile Operations Center, 2 aircraft and 4 helicopters, one of which as a coordinator. Volunteer firefighters, water tankers and local government machinery provide assistance.