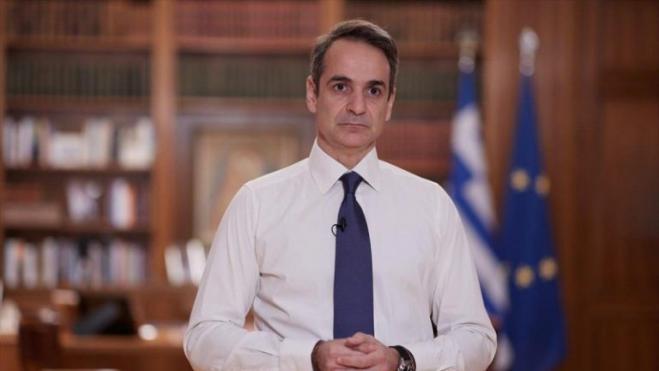 The fires of the past few days have confirmed the power of the proverbial God’s response to human plans – which wants media laughing when governments plan their future. Nevertheless, at gvt HQ, the new crisis that the staff state is called upon to face does not negate the overall existing planning for the coming months. It just adds extra tasks. The reforms, which are already in the drawers of government offices to be brought before members of the national delegation, will reach Parliament when the political debate on the fires is over.

If everything had gone according to plan since the beginning of the summer, from next week – when Parliament opens after a short summer break – the government would start promoting a series of reform initiatives presented by experts in the prime minister’s office. intentions as key priorities of the government for the new political season. Next Wednesday, the 25th of August, the pre-agenda debate will be held at the level of leaders on natural disasters and the day after – for which Kyriakos Mitsotakis asked the President of the House to inform the opposition.

On the agenda of the government staff, the compensation of the victims and the reconstruction of the burned areas are now at the top of their political goals, although they do not degrade the importance of the realization of the rest of the items that had been set for a long time.

In particular, three of the reform goals are presented by government sources as extremely critical. First, that of voting for the new insurance policy. Second, that of the institution of the new National Health System. And third, but not least, that of the further strengthening of the staff state, with the so-called plan staff No. 2.

New insurance system. Both the government headquarters and the competent Ministry of Labor want the new insurance bill – which introduces the famous individual piggy bank – to be discussed in the Plenary Session of the Parliament in the immediate future. The declared government ambition is for the new Auxiliary Fund to be ready by January 2022.

New NHS. Equally important is the promotion of changes in the public health system – changes that, according to those who know, are actually perceived by Kyriakos Mitsotakis as a “personal wager”. Their purpose, as the Minister of State Giorgos Gerapetritis has pointed out in an article, is “to establish a comprehensive system of comprehensive care, from prevention and primary health care to acute care and rehabilitation”, while the government’s intention has already become known. for private and public sector partnerships in the field of Health.

Staff state. Staff No. 2, ie the regulation of the division of responsibilities between the state, local government and decentralized administration, is also expected to be discussed in the autumn. The emphasis placed on the bill, which “untangles” the responsibilities of municipalities, regions and decentralized administrations, is great – since in addition to the solutions to bureaucratic issues, which government sources say it will offer, they believe that it will also have a developmental dimension. Of course, according to information, the issue of the return of resources to the municipalities – with the transfer to those of the collection responsibility of property tax, which was a central pre-election commitment of ND – will be regulated next year.