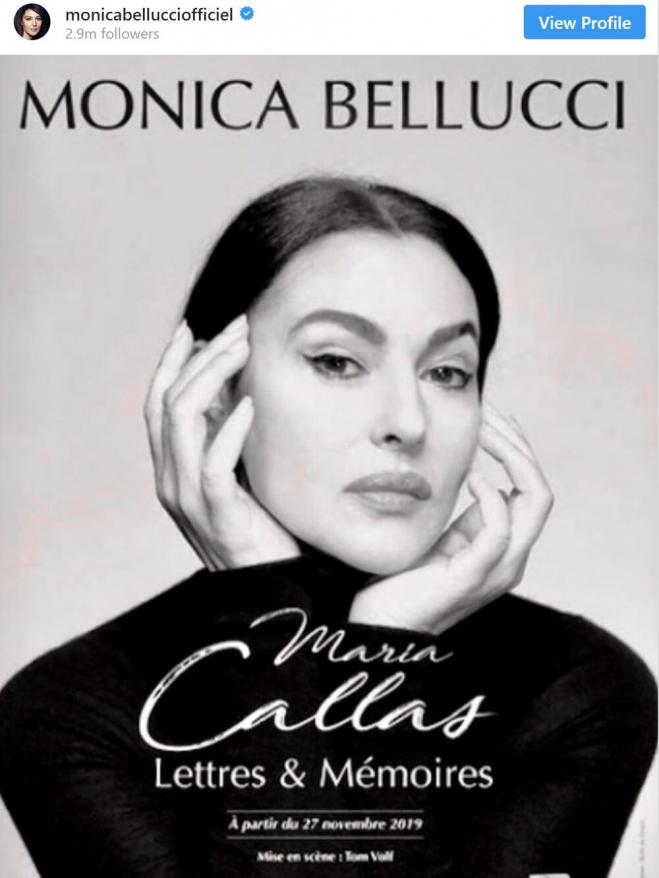 One year after the postponement of her long-awaited sold out appearance in Athens, the ethereal Monica Bellucci, one of the most famous and beautiful stars of world cinema, comes to the Herodion on September 21, 22 and 23 to interpret letters and memories of Maria Kallas to mesmerize the Greek audience in her first theatrical appearance, under the direction of Tom Wolf. A spectacle provided for the Greek public by the cultural organization "Lykofos" of George Lykiardopoulos.

The love of the Greek public for the Italian star is so great that tickets of the first two performances "disappeared" in record time, leading the organizers to add another day to meet the needs of unprecedented demand.

The cultural organization "Twilight" is now pleased to announce the opening of a small number of new positions that have emerged thanks to the easing of measures to deal with Covid-19. Get the latest tickets on time at https://www.ticketservices.gr/event/monica-bellucci-maria-callas-2021/

The sensual interpretation by Monica Bellucci of the unpublished texts and letters of the Greek opera diva, entitled "Maria Callas: Lettres & Mémoires" ("Maria Callas: Letters and Memories") premiered in November 2019 at the Marisi Theater and continued with a sold out tour wherever he went.

The play is based on the book of the same name by Tom Wolf - director of the play, but also of the recent film "Maria by Callas" - in which more than 350 unpublished letters of Calla, written by her during 30 years (1946-1977) were collected by Wolf. The book is also published in Greece by Patakis Publications, translated by Andreas Pappas.

Bringing to light hidden and unknown aspects of Maria Callas, Monica Bellucci will take us on a journey into the life and career of the great diva. From her childhood in New York, to the years of the war in Athens and from the first steps of her career to her marriage and her subsequent stormy love affair with Aristotle Onassis, in a life characterized by success, glory, fame , scandals and personal silent trials and tribulations.

Monica Bellucci is accompanied by the sounds of the Camerata-Orchestra of the Friends of Music, under the direction of the leading Greek conductor, Giorgos Petrou.

The show is presented with Greek subtitles.