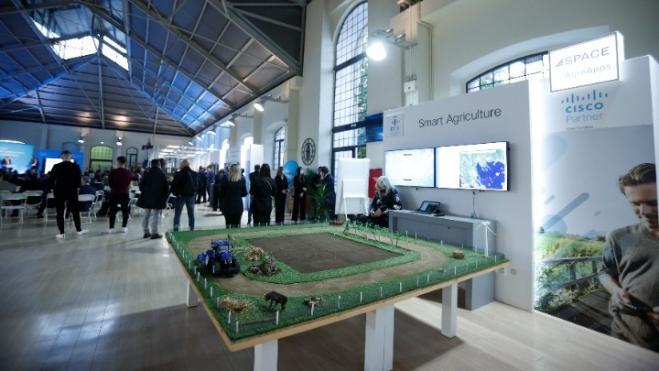 Greece has emerged as an investment hub in innovation and new technologies over the last two years, said Development & Investments Minister Adonis Georgiadis, at the inauguration of Cisco's Center for Digital Transformation & Digital Skills in Thessaloniki on Friday.

Also present at the event was Digital Governance Minister Kyriakos Pierrakakis, who noted that "Greece has placed itself on the map of technology investments."

"The provision of tax incentives," Deputy Minister of Research & Innovation Christos Dimas noted, "as decided by the government of New Democracy, which increased spending on research and development from 130 pct to 200 pct, serves as a strong incentive for investments in Greece that now has one of the most competitive tax frameworks in that regard."

Cisco Center was established in Thessaloniki in September 2020, at the old municipal slaughterhouses (Sfagia), following a memorandum of understanding signed 1.5 years ago. It focuses on developing practical solutions by applying innovative technologies in order to improve citizens' quality of life (e.g. smart cities), health, boost rural development and tourism, protect the environmental and improve civil protection.

US Consul General at Thessaloniki Elizabeth K. Lee also attended, while US Ambassador to Greece Geoffrey Pyatt addressed the event via a recorded message.