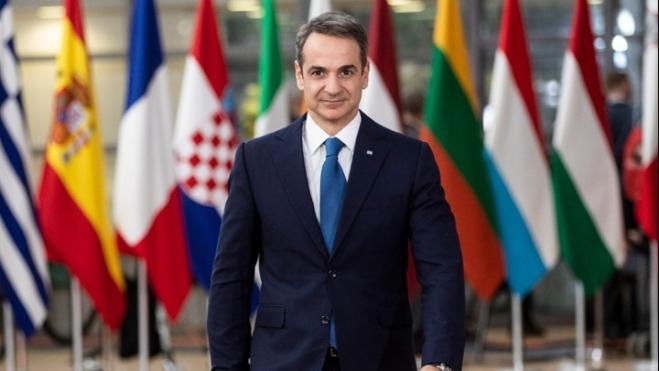 Prime Minister Kyriakos Mitsotakis is going to Brussels on Thursday to participate in the European People's Party (EPP) meeting and the proceedings of the European Council.

The issues of migration, energy crisis and Turkey's provocations in the Eastern Mediterranean are high on the agenda.
The prime minister will outline the Greek positions to the heads of state who will participate in the summit of the European People's Party and the Summit of EU leaders.

On migration, he is going to reiterate the need to change the Dublin agreement, to present in detail the current situation in the reception and accomodation centres in Greece, to clarify that Greece will continue to effectively guard the Greek border, which is also the European border, and to underline Turkey's obligation to implement its agreement with the EU.

He will have the opportunity to once again denounce Ankara 's attitude towards two EU member-states, Greece and Cyprus, reiterating that with these provocative and illegal actions, the neighbouring country is undermining peace and stability in the region.

Mitsotakis will underline Greece's firm commitment to international law, the law of the sea and the European acquis, and especially regarding the Cyprus issue, he will stress that any discussion of a two-state solution is rejected.

One of the key issues to be discussed by European leaders is the energy crisis.

The prime minister will raise the idea of the common EU procurement of gas stocks and the need to adopt long-term measures.

According to government sources, Greece is one of the first countries that has already made moves to alleviate the impact of higher energy prices on consumers and has implemented the entire "toolbox" offered by the European Commission.