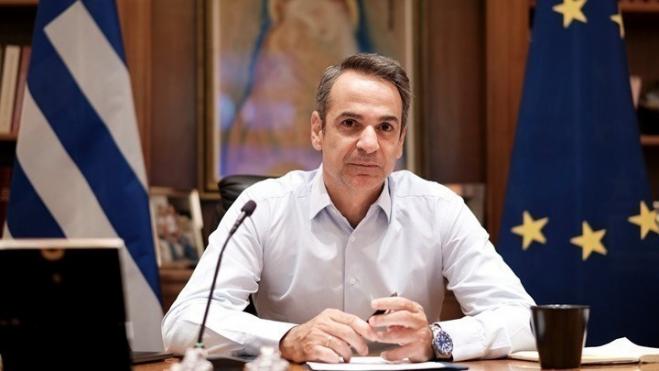 The impressive recovery of the Greek economy in recent years, as well as tensions with Turkey and migration were the focus of an interview given by Prime Minister Kyriakos Mitsotakis to Lally Weymouth of the Washington Post under the headline "Greece was in deep trouble. How did it right the ship?"

In the interview published on Wednesday, Mitsotakis highlighted the country's greatly improved economic prospects, saying: "The future is bright".

"Overall, [the economy] is recovering remarkably. I expect the growth rate to exceed 7 percent in 2021 and to exceed 5 percent in 2022...My aim is to make Greece the success story of the euro zone," he said, adding that unemployment was coming down and young Greeks were now coming home.

The prime minister confirmed that "all the big tech firms", like Microsoft which had invested heavily in data centres in the country, "are looking at Greece now".

"The reason they’re doing it is primarily because of our human capital. Pfizer has set up an AI center in Greece and will end up employing close to 700 people," he said.

Mitsotakis also replied to questions on how the country is coping with Covid, the migrant situation and attempts to "weaponise" migrants, as well as criticism that Greece was turning away refugees, the situation with Turkey, relations with China, EU fiscal rules, the response to anti-vaxxers and whether Greece will grow out of its debt, among others.

The interview ended with a reference to US-Greek relations and the recently renewed and expanded Mutual Defense Cooperation Agreement, while Mitsotakis announced that he might be making a state visit to the U.S. in the first half of 2022.