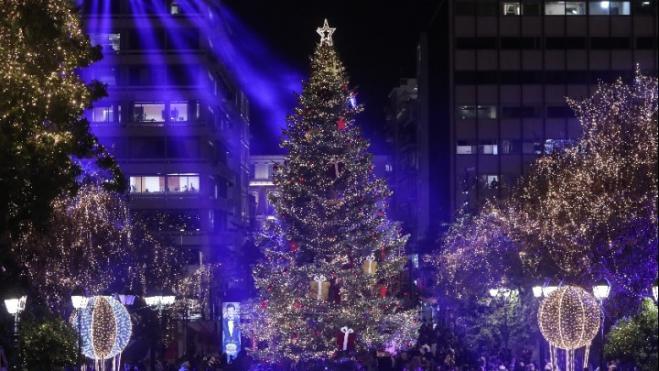 Dozens of events at 52 locations in the Greek capital are being planned by the Athens Municipality between December 7 and January 13 to celebrate the Christmas and New Year holidays.

According to an announcement, the programme involves more than 120 activities for all the family, including 25 performances of music and theatre, as well as seven open-air film screenings.

Among the highlights are the opening on Friday of the biggest ice rink in Athens, in Kotzia Square, covering 400 square metres, and six Christmas "villages" that will be set up in various neighbourhoods, including Acharnes, Kypseli, Pagrati and Goudi, featuring arts and crafts, hand painting, santas, elves and other activities and spectacles (stilt walkers, jugglers, puppets, animateurs, magicians).

Starting on December 11, the city's museums, libraries, the gallery, art centres and other venues will organise family fun involving various workshops for art, narration, theatre games and dance, children's pantomimes, puppet shows, tours and much, much more. For those that prefer to stay home, there are also unique online activities for children and adults.

The events will include seven well-loved Christmas films selected by the Athens Open Air Film Festival and Premiere Nights that will be screened outdoors in seven different locations in the city between December 17-30.

The programme also includes a number of plays with free admission, concerts, the traditional Christmas Eve "Night of Wishes" lanterns in Kotzia Square and a surprise event in Syntagma Square on New Year's Eve.