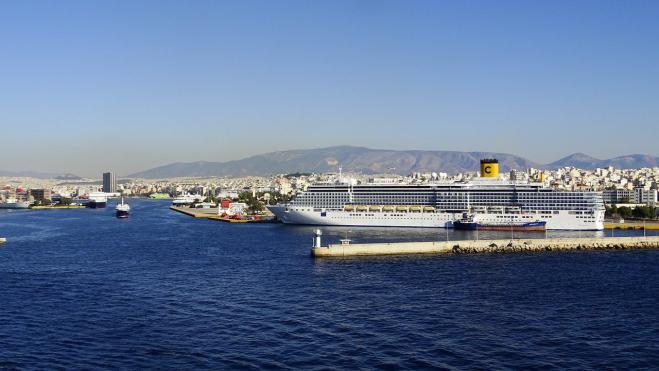 Athens has returned to the top as a global shipping center according to Leading Maritime Cities 2022 by DNV Classification Society and consulting firm Menon Economics, which focuses on cities that play a leading role in the global shipping economy.

The publication focuses on five pillars (categories) in order to evaluate the position of each city in this global ranking.

The first pillar is whether the city is a Shipping Center, which essentially means whether it is the headquarters, base, of many shipping companies and a large part of the merchant fleet, the infrastructure in financial and legal services (Maritime Finance and Law), the investments in new technologies related to shipping (Maritime Technology), port infrastructure and logistics (Ports and Logistics) and finally the wider operational institutional framework (Attractiveness and Competitiveness).

The results came from answers from 280 respondents, in particular shipowners, executives, shipping companies, experts, analysts, etc., of whom 50% are based in Asia, 25% in Europe and the remaining 25% in the Americas. the Middle East and Africa. Focusing only on the "Shipping Center" category, Athens ranks first, followed by Singapore, Tokyo, Shanghai and Hamburg. According to the publication, compared to 2019, more and more shipping operations are moving to Asian shipping centers, with the result that traditional European centers are now lower in the top ten, with the sole exception of Athens, which returned to the first place, displacing Singapore in the second. .

The report also points out that European cities have historically been dominated by ownership, although this is gradually changing as Asian shipowners grow their fleet faster and increase their market share to 42% of the global fleet, from 36% in 2012.

The share of the European fleet has decreased from 45% to 43%, but especially Athens is moving in the opposite direction as compared to 2019 it shows a 20% increase of its managed fleet in terms of tonnage. The strong points of the city are the strong and large ship ownership as the Greek shipowners have played a leading role in the international shipping industry for decades and their influence is expected to be particularly strong in the future.

The maritime complex also serves the shipping community by offering top services, covering shipping activities, technical management, crews, etc. Greek ship ownership also plays a leading role in investments in new fleet technologies. In line with the goal of reducing CO2 emissions by 50% compared to 2050, Athens is ahead in the race for orders for ships that will use alternative fuels such as LNG, LPG, methanol with 1.3 million gt on request, with Tokyo following with 1.2 million gt respectively.

However, Athens continues to serve mainly Greek shipowners and less international shipping entities, a weakness that has been pointed out for years by the Hellenic Shipowners' Association with its president Theodoros Veniamis emphasizing the need to adapt the institutional framework to our country and shipowners outside the EU.

For this reason, when experts try to trace the future, they note that Singapore will be the largest naval center, followed by London, Athens and Hong Kong.

Finally, based on all five indicators (Shipping Center, Maritime Finance and Law, Maritime Technology, Ports and Logistics, Attractiveness and Competitiveness), Singapore is at the top of the overall ranking as the leading city in maritime services (Leading Maritime City) with Rotterdam, London, Shanghai and Tokyo complete the top five. Athens is in 12th place as it is preceded by cities that maintain high scores in the other categories outside that of the "Shipping Center", such as port infrastructure, investment in technology, financial and legal services and especially the attractiveness and competitiveness of the wider business. factors that depend not only on shipping and shipping companies but also on the interventions of governments and legislators, as well as the country's position in the world trade route.