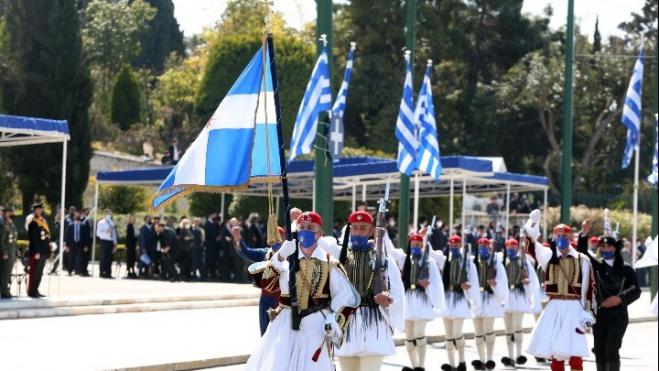 The grand military parade held annually in Athens on March 25, to celebrate Greece’s Independence Day holiday and 201st anniversary since the start of the 1821 revolution against Ottoman rule, got underway in the city centre on Friday.

The parade for the national holiday, which also coincides with the religious feast of the Annunciation of the Virgin, passed before

President of the Hellenic Republic Katerina Sakellaropoulou and other officials on the stand before Parliament.

The military parade of the armed and security forces began with the nurses of the Hellenic Red Cross and a mixed team of rescue workers, while the legendary WWII Supermarine Spitfire MJ755 escorted by an F-16 Hellenic Air Force fighter jet flew overhead.