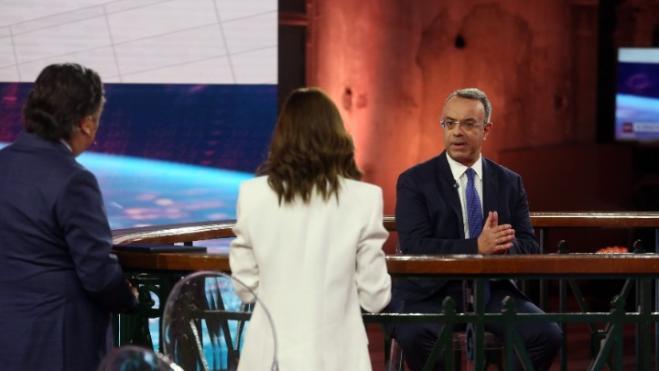 The platform to file the annual tax returns will open on Taxis by Thursday at the latest, Greek Finance Minister Christos Staikouras told the Economikos Tachydromos (OT) forum on Wednesday.

Staikouras also said that the property taxes this year will be 1 billion euros lower for taxpayers overall compared to what they paid in 2018.

In addition, he noted that the supplementary state budget that will raise expenditures by 2 billion euros will be filed next week. This amount will be used by the cash resources, currently totaling nearly 40 billion euros, and will prevent the budget deficit spreading by 2 billion euros.

The FinMin did not rule out lowering the VAT on certain foods, but said that this would depend on several parameters: fiscal space, developments in the Greek economy (especially since Greece needs to file with the European Commission the Stability and Development Program with updated assessments on the Greek economy for 2022 and 2023 by the end of April), and actual benefit to the public.

Greece can withstand not accessing the markets again in 2022, Staikouras noted, although it would be best to retain a continuing contact with them. Greece's initial target was to tap 12 billion euros within the year; it has already tapped 3 billion euros.

The government's priority is to introduce more VAT reductions in the food sector, transportation and tourism by the ned of the year, at a total cost of 250 million euros, while abolishing the solidarity tax for everyone in 2023, as well as reduce rates in insurance contributions, he said.