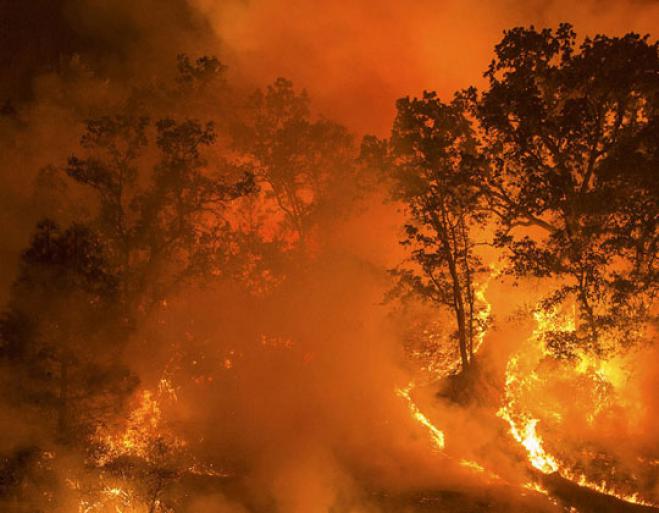 One man was detained by police on Sunday afternoon in the forested Malakasa region, due north of greater Athens, after local residents claimed they saw him setting a pine tree on fire.

The incident comes a day after a major wildfire burned above the Glyfada and Voula districts in southeast Athens, essentially brush land on the rugged southeast foothills of Mt. Hymettus.

At least four residences and several vehicles were destroyed, with the blaze finally being contained after a massive mobilization by the fire brigade and volunteers.

The detained suspect on Sunday was only identified, by initial media reports, as a foreign national carrying a UK passport.

A special arson unit of the fire brigade has assumed the investigation.

In terms of the Glyfada/Voula wildfire, authorities were investigating an initial report of an electrical grid transporter causing the blaze.

Wildfires in much of southern Greece are an annual summer scourge, with scores of people dying in such incidents since 2007, and tens of thousands of hectares in pine forests and brushland going up in smoke.

While heatwaves, arid ground conditions, sparks from the high-voltage electricity grid and accidents are often blamed for the wildfires, Greek authorities have also pointed to arson over past years in several sites around southern Greece.