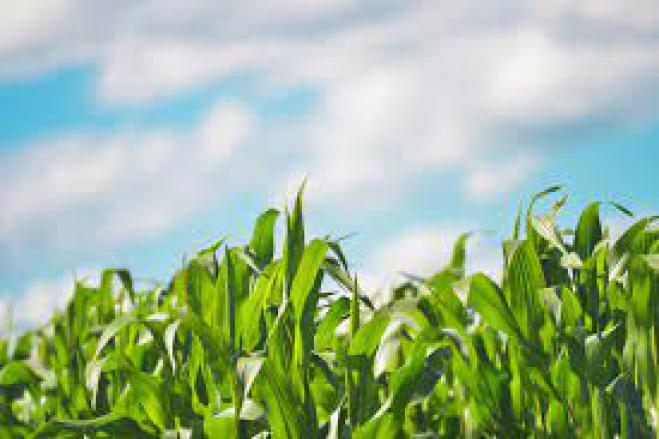 By 2050, the agri-food sector worldwide should feed 40% more people, while arable land per capita will have decreased, while the contribution of the Greek agricultural sector in terms of Gross Value Added stands at 4.7%. At the same time, the high production costs and the small and fragmented agricultural holdings, the areas that need attention.

These are some of the conclusions reached by the extensive study prepared jointly by EY Hellas and Piraeus Bank, entitled "How can the agri-food sector meet the challenges of tomorrow, today?".

At the same time, the study highlights the importance of the agri-food sector, for the Greek economy and society, the challenges it is called upon to manage, but also the opportunities that emerge in view of a very different tomorrow.

The main findings of the study were presented, for the first time, on Saturday, April 9, 2022, in the context of the 7th Delphi Economic Forum, by Mr. Thanos Mavros, Partner in the Consulting Services Department of EY Greece and Head of Consumer Products and Retail in Southeastern Europe, and Mr. Alkis Alexandrou, General Manager of Agricultural Banking of Piraeus Bank.

The agri-food sector is crucial for the global and local economy. In Greece, the food, beverage and tobacco industry, maintains the first place in number of companies among the various sectors of processing (16,263 companies in total 57,014) and is the largest employer of domestic processing, at a rate of 39%. At the same time, in 2020, the agricultural sector contributed 4.7% of the total Gross Value Added (GVA), while it employs over 400 thousand people, or more than 10% of the total employed human resources in the country. At the same time, the Agri-food sector, as a whole, contributes significantly to Greek exports, presenting, for the first time in several years, in 2020, a trade balance with a surplus of € 207 million.

Globally, the agri-food sector is facing enormous challenges, linked to demographic change, climate crisis and changing eating habits. By 2050, the sector should feed 40% more people and have increased food production by 70%, while, at the same time, arable land will have increased by just 10%. By then, 68% of the world's population will live in urban areas, while an estimated 12% will be malnourished, with arable land per capita estimated to have fallen from 0.23 hectares acres today to 0.15.

At the same time, the climate crisis is leading to the urgent need to take immediate action to address serious agri-food issues, such as food waste, reckless use of water resources, greenhouse gas emissions, soil degradation and biodiversity reduction. Today, the quality of 75% of the planet's terrestrial soils is degraded - a rate which is expected to increase to 95% by 2050.

The war between two of the world's largest grain producers - Russia and Ukraine - has exacerbated the issue of food adequacy and wider agri-food challenges.

Eating habits are also changing rapidly, as consumers are now more aware of health, wellness and nutrition, as well as environmental and social issues, as highlighted by EY's Future Consumer Index Greece 2021. Their access to websites, mobile apps, as well as their participation in social media, provide consumers with the possibility of faster and more complete information, influencing their attitude and their commitment to the products they choose.

In Greece, the agricultural sector is characterized by low productivity compared to the European average, which is attributed to a number of inherent ills, including:

Productivity improvements, observed over the last fifty years, are expected to accelerate thanks to developments, mainly in digital technology and genetics. The farm of the future will utilize digital innovation, through a wide range of connected devices, advanced data collection technologies (eg drones, robotic field scanners, etc.) and machine learning algorithms.

At the same time, productive innovations will continue to create new opportunities, which will help reduce costs, utilize new resources and reduce the environmental footprint of the Agri-food sector. The study presents, among others, developments such as vertical farming, plant-based meat development, plant-based meat and "green" packaging.

The Greek Agri-food sector through the "eyes" of its professionals

EY and Piraeus Bank also recorded, through online and in-person interviews, the views and concerns of more than 400 professionals associated with the entire chain of the Greek Agri-food sector. These are farmers, representatives of agricultural cooperatives, professionals in the processing and packaging sectors, as well as trade.

Among other things, the field research showed that:

Conclusions and proposals for the Agri-food sector

The research concludes with a series of proposals for the shielding, strengthening and transformation of the Agri-food sector in Greece. Specifically:

On behalf of EY Greece, Mr. Thanos Mavros, in the context of the presentation of the study, stated: we all give to deal with the environmental and climate crisis. At a time when consumer needs are changing rapidly, the next wave of rural entrepreneurship will require investments and transformation of companies in the sector and related industries, with an emphasis on sustainability, innovation and new business models. In this national effort, EV will support with its know-how the Greek agri-food companies, in all phases of the value chain - from agricultural production, processing and packaging, to logistics, distribution and retail - with the ultimate productive transformation and the creation of added, long-term value for the economy and society as a whole ".

On behalf of Piraeus Bank, Mr. Alkis Alexandrou, stressed: "Looking to the future - and in the midst of a war and a pandemic - we understand that to the increased pressure for food production, due to the expansion of the world population, a series of changes, such as the effects of climate change and the introduction of digital methods on agricultural production, changes in distribution networks and transport, the internationalization of markets, the further urbanization of the population, changes in consumer patterns, which organizes agri-food value chains. As the agricultural sector is a key pillar of our national economy, as it contributes 4.7% of the total Gross Value Added of Greece, Piraeus Bank supports an innovative and integrated development of the Greek agri-food sector, by improving the sustainability and competitiveness of healthy farms and the creation of "excellent" agricultural enterprises. "Green investments with a reduced environmental footprint, as well as trends of growth of export-oriented units demonstrate key characteristics of the agri-food sector companies of our country that are targeted by Piraeus Bank".