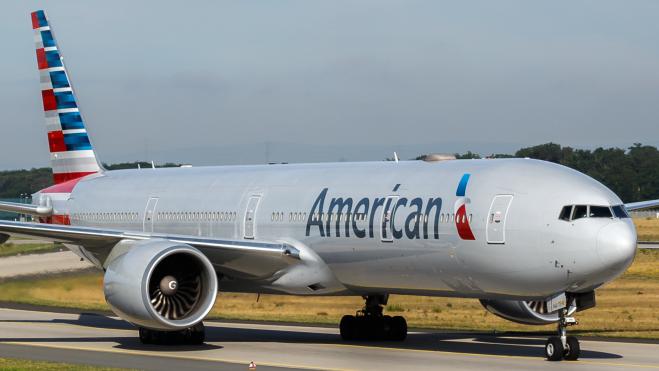 The Minister of Tourism Vassilis Kikilias announced the extension of the itineraries and the opening of new destinations in Greece from the United States.

The announcement came after a series of teleconferences held on Monday, May 2, with senior executives from all three US airlines operating in Athens this year, namely Delta Airlines, American Airlines and United Airlines.

As Mr. Kikilias stated, "the aim of the teleconferences was both to make a first assessment of the dynamic movement of the American market so far and to strengthen it in the coming months." He emphasized that "the wager to start the tourist season earlier than ever paid off. We are now doing our best to increase our tourism product and in this context the teleconferences with the senior executives of the airlines have had a positive imprint as they are already launching larger aircraft with more seats, new destinations while we are putting conference tourism back on the tourist map from the USA."

In a teleconference with Steve Sear, Executive Vice President of Global Sales and Distribution Delta Airlines, Scott Jordan, Managing Director NY Sales and other Delta executives, which this year began its journey from New York earlier than ever before, on March 7, and opened for the first time a direct flight from Boston, discussing ways in which the season could be extended. The company expressed its intention to extend the flights until the end of December to include the Christmas holidays, essentially turning its operation into a 10-month affair. Ways were also discussed to extend the operation in January and February in view of the opening of winter cruises this February. In this context, it was agreed to set up a working group between the company and the Ministry in order to convert at least one route into a continuous route throughout the year.

In a teleconference with Jim Carter, Managing Director Global Sales and American Airlines executives, it was agreed to set up a working group that will go to the company's headquarters in Texas in order to present the possibilities of opening and new destinations in Greece in 2023-2024, beyond Athens, with Thessaloniki and Heraklion of Crete being among the first thoughts of the company executives. At the same time, the foundations were laid for the opening of new destinations in the USA, with Miami, Dallas and, secondarily, Los Angeles entering the agenda. It is reminded that the company this year increased its availability by 80% compared to 2019 and by 48% compared to last year, showing its confidence in the Greek tourism product.

The teleconference with Darren Scott, Managing Director Atlantic Network planning of United Airlines and company executives announced the company's intention due to increased demand to launch a larger aircraft on flights to Athens in the coming weeks and preliminary discussions were held on the opening of Thessaloniki for seasonal flight in the future.

The common denominator of all the teleconferences was the positive messages regarding the reservations that exist for this year from the American market. It is recalled that the American companies and Emirates offer about 500,000 seats for Athens by the end of October, a number that is expected to increase with the extension of the routes and the launch of larger aircraft.

The Minister of Tourism also held a teleconference with the heads of major US travel agencies, which handle about 90% of business travelers from the US, with the aim of promoting MICE tourism (Meetings, Incentives, Conferences & Exhibitions) in order to restart this sector as well. had been most affected by the pandemic.