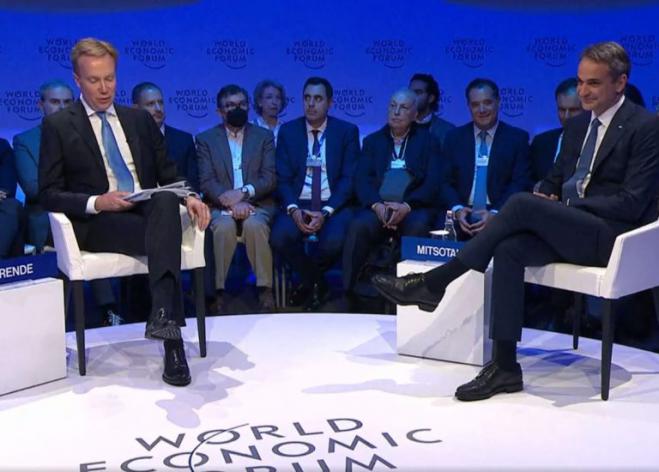 A message to the Turkish leadership, against the background of recent provocative statements by Tayyip Erdogan, was sent by the Prime Minister, Kyriakos Mitsotakis, from the World Economic Forum in Davos and his discussion with the President of the Forum, Borghe Bourne.

The Greek Prime Minister specifically stressed that "we are neighbors with Turkey, we will always need to talk and we will always keep the communication channels open, we will never be the ones to cut off communication with our neighbors. "On the other hand, if President Erdogan thinks that I will not defend Greek sovereignty and our sovereign rights, or I will not 'internationalize' that Turkey is behaving as a revisionist power, then he has the wrong impression."

He reminded that Tayyip Erdogan had made a similar statement in February 2020, when thousands of refugees and immigrants were being expelled to Greece via the river Evros. "Maybe this time he will change his mind," the Greek prime minister commented.

The Prime Minister spoke about an unacceptable practice when asked to comment on the unprecedented large number of overflights of Turkish fighters over Greek islands. "I will raise this issue whenever I am given the opportunity until Turkey changes its behavior," said Prime Minister Kyriakos Mitsotakis.