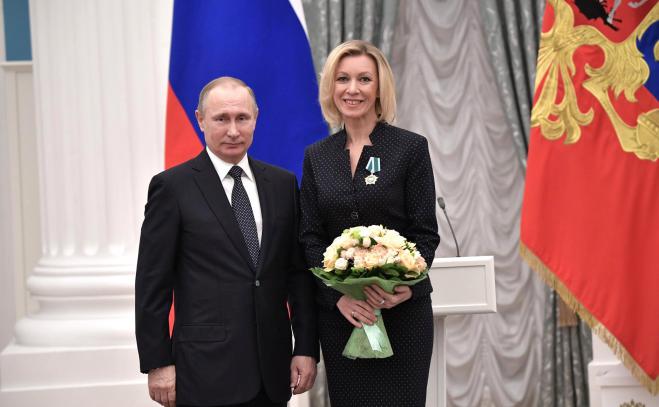 Greek-Russian relations are deteriorating, after the attack of Kremlin sokesperson Maria Zakharova on Kyriakos Mitsotakis, which did not go unanswered by the Foreign Minister.

The Russian Foreign Ministry spokeswoman used harsh language against the Greek Prime Minister, on the occasion of his statements to the US Congress.

What did Mr. Mitsotakis say in his historic speech to Congress? "Replace the word Greece with the word Ukraine and the similarities are painful. As in Mariupol, so in Messolonghi in 1826 the defenders of the city repulsed one attack after another, before the last exit, an act of great courage, which cost their lives, including many children", the Greek Prime Minister had pointed out before the Senate.

Zacharova's attack on Mitsotakis
These statements provoked the attack of Maria Zakharova, who claimed that the Greek Prime Minister during his speech in the Congress made "a strange choice of historical analogies", regarding the parallel of the besieged of Messolonghi with the fighters of the Azov Order who remained for many weeks at the Azovstal plant in Mariupol.

"The struggle of the Greeks for independence, which dates back to 200 years ago, should not be paralleled with the crimes committed by the Kiev regime, which waged war against its citizens in Donbas for 8 years. It is unbelievable that the heroes who defended Messolonghi in 1825-1826 are compared to the Nazis of the Azov order," she said.

This is "another attempt by Athens to justify its profoundly wrong decision to join the Western anti-Russian front, including supplying Kiev with weapons used daily for strikes against peaceful civilians in Donbas," Zakharova added.

Finally, the representative of the Russian Ministry of Foreign Affairs stated that her country does not have the opportunity to offer a different view of things, as all the Russian media have been "excluded".

"Greece's stance is a demonstration of faith in the rules imposed by the US and NATO," he concluded.

Athens' reaction and response - "Our relations are strained, without our responsibility"
For its part, however, Athens did not leave unanswered the specific position-attack of Mrs. Zakharova on the Greek Prime Minister.