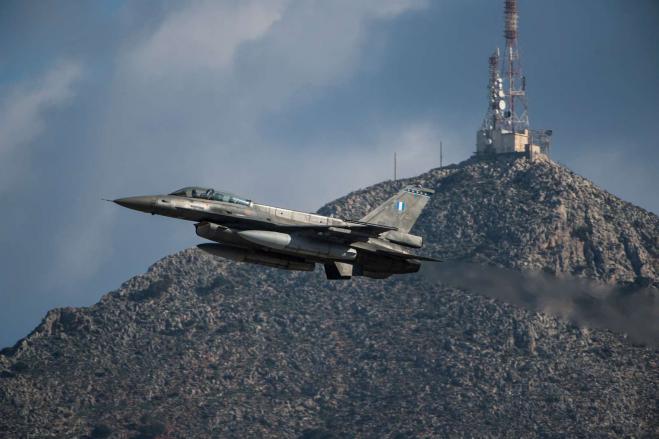 The threats of the Turkish president, Recep Tayyip Erdogan, to derail the Summit with his agenda for the Aegean, the Greek islands, their demilitarization and American bases on Greek soil - by extension - were not something the US could ignore.

All this took place during a summit that aimed at bringing the allies together in the face of a new Cold War and establish, firstly Russia, and secondly China as the alliance's chief adversaries. Erdogan seized on the importance of this juncture to put the squeeze on the West.

Greek-Turkish relations are an extremely powerful card in the Turkish president's hand, which, as it appeared, he has no intention of exhausting, yet. He simply used it to leverage the memorandum signed between Turkey - Finland and Sweden, putting a pistol on the negotiating table.

Erdogan in Madrid aimed to win a match against Sweden and Finland, with Jens Stoltenberg appearing as a biased referee, in favor of Ankara. And he succeeded. However, Erdogan did not play the Greek-Turkish relations card at the NATO Summit. He may have desisted, after US pressure, as shown by the announcement of the White House, that Biden and Erdogan discussed the need for "stability" in the Aegean.

The Aegean and Biden

According to Greek sources, Biden's message was clear. According to Erdoğan again, he noted his  displeasure both in relation to the demilitarization of the islands and American bases on Greek soil.

Turkish analysts, however, emphasized through articles in state media, such as Anadolu news agency, that Erdogan had no intention of derailing the NATO Summit in the first place, and this should be clear to anyone who had studied Ankara's role in NATO since 1952, when it joined. They emphasized that NATO is Turkey's natural link with the West and Turkey would never risk this relationship. And Erdogan didn't need to resort to this, after all.

Even if Erdogan "compromised" this does not mean that he took back his claims for the Aegean, the demilitarization of the islands, its connection with sovereignty as well as the direct threat of war against Athens, expanding the Turkish casus belli through this narrative.

After all, the Greek-Turkish relations card for Ankara is a timeless weapon, that can come to the fore whenever Ankara deems it suits its purposes, as he perhaps it was played it ahead of Madrid.

In this context, Erdoğan, like any savvy salesman in the bazaar, secured the best he could, made the necessary "bargain", enough to hear many "thank you's" from Biden, "folded" and returned - communicatively - victorious, to Ankara, waving as his flag that he has humiliated Finland and Sweden.

Returning to Turkey, Erdoğan once again started taking pot shots at Greece, even calling on the country's voters to punish their government in elections. He also picked up the admonitions about a repeat of the Asia Minor Disaster from where he had left them and as if a day had not passed, he continued his bellicose rhetoric.

Indicative that Turkey, in its efforts to challenge Greek sovereign rights, proceeded to illegally demarcate, through an issued NOTAM, an area between Skyros and Psara for exercises of its air force and navy from Monday until August 31.

Greece responded that the demarcation is invalid, as Turkey has no jurisdiction within the Athens FIR, while stressing that the demarcation of areas for such a long period of time hinders passenger flights. Part of the area that the Turks wanted coincides with a firing range of the Hellenic Armed Forces.

At the same time, Turkey made a show of strength by testing a coastal array of  domestically developed ATMACA anti-ship missiles.

The Turkish president will attempt to use the meeting with Biden and the commitments he received for the F-16s, even despite Congressional approval, for his demands from the US, which clearly do not all have to do with fighter aircraft. At the same time he succeeded in proving, de facto, that he is necessary for NATO, even if he sometimes becomes "unpleasant". It's no coincidence that Athens announced during the Madrid Summit, that it is sending the official request for acquisition of the F-35 to the USA.

The saber rattling against Greece is expected to continue, while now Erdogan's eye is also on Cyprus, in the wake of Ankara's announcements about sending a drilling rig to the Eastern Mediterranean in the hear future pointing - probably - to the Cypriot EEZ.

In this context, one could say that even after the NATO Summit, Greek-Turkish relations remain unchanged, with Ankara threatening, the US maintaining trying to strike a balance – depending on the situation – and NATO declaring neutrality.