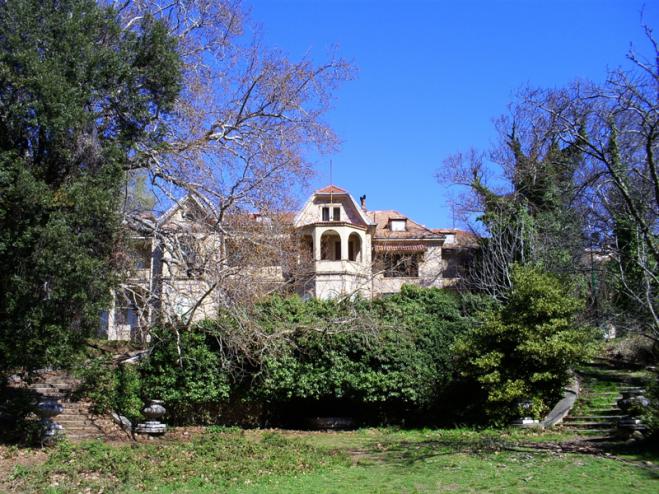 The contract for the restoration of the summer palace in the former royal estates of Tatoi was signed yesterday between the Ministry of Culture and the consortium of companies ERETVO, ETVO and Nirikos Techniki, which was the only scheme that participated in the tender, with an offer of 11.5 million euros.

The total budget, including VAT, amounts to 14.3 million euros and includes works to strengthen the stonework, restore the western gable of the roof, install a lift, add a ramp, maintain wooden floors, restore the electromechanical installation, the addition of a system of geothermal heat pumps, etc. The building is expected to be handed over to the public at the end of 2025.

According to the decision of the Deputy Minister of Finance Mr. Theodoros Skylakakis to include the project in the Recovery Fund, the palace will be restored to be reused as a museum, where the furniture and objects of the former royal family will be exhibited, while a museological study will also be carried out focusing on the new agricultural building. At the same time, the gardens of the palace will be restored, the recording, documentation, registration, conservation and restoration of the artefacts will proceed as well as their , as well as the digitization of the printed archival material that has been found in the premises.

All later additions that alter its function and appearance will be removed from the former summer palace. The building will be strengthened structuralluy so that it can receive a significant number of visitors. Also, emphasis will be placed on upgrading it energy-wise, to the extent that the authenticity of the building and its structural characteristics will not be affected.

In addition to the palace building, funding has also been secured from the Recovery Fund for the restoration project of the new cowshed (byre), with a budget of 4,300,000 euros, with a completion date at the end of 2025. The building was erected in 1952, replacing an older building located further north, which was not sufficient to cover the needs of the growing agricultural production of the Tatoi estate at that time. It is an important post-war building of the estate and was probably designed by the architect Konstantinos Ginis.

The new cowshed will function as a museum space. The ground floor will host an exhibition space highlighting the agricultural and livestock production of the estate, while in the west wing there will be an exhibition of the cars of the former royal family such as the Rolls-Royce, the MG TD Midget, the electric Fiat 500 Boano Spider Elegance and golf carts. At the same time, a private investor will undertake the conversion of the Staff building, which was built at the beginning of the 20th century, into a guest house.