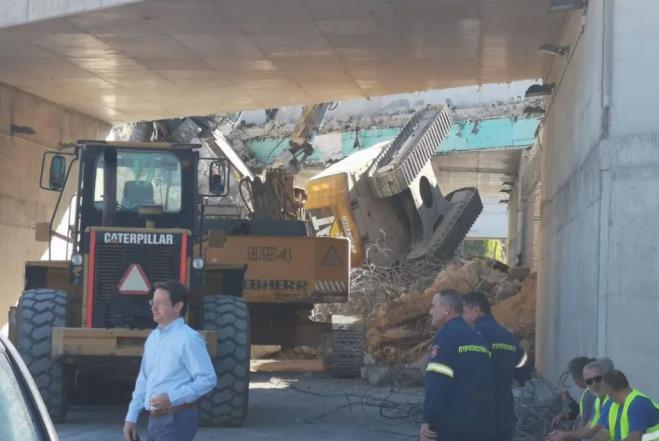 Two machine operators were injured when part of a bridge they were working on collapsed, shortly before 9:00 on Tuesday. They were carrying out maintenance and repair work on the old bridge located at the Megara junction, at the 39th kilometre of the Athens-Corinth highway.

Both were hurt when a section of the Megara bridge collapsed and one had to be freed by firefighters who rushed to the scene. They were taken to hospital and according to the initial reports are considered to be out of danger.