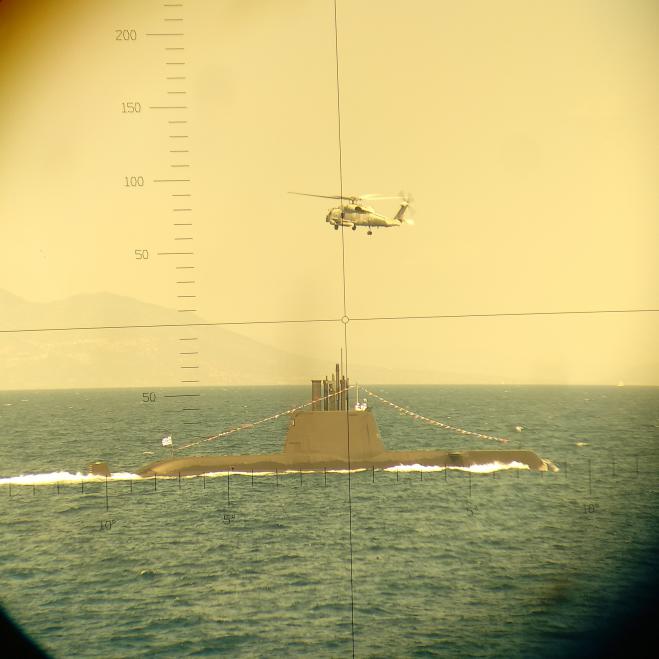 With the dominant issue being the strategy that Turkey will follow towards Greece, the National Security Council met for 4 hours on Wednesday in Ankara, which is gradually building the narrative of the "Greek threat" trying to justify a Turkish reaction in the context - such as supported- by ​​"lawful methods and means".

In the relevant announcement issued, a clear reference is made to the militarization of the Greek islands and it is pointed out that "circles that encourage Greece to arm islands that are under a demilitarization regime are called to return to common sense".

"We will not hesitate to use any legal means and means in order to ensure the rights and interests of our nation," it was emphasized.

As reported by the Turkish media, "the provocative actions of Greece, which has not abandoned its illegal practices despite our calls to comply with its obligations under international law and treaties, were discussed, especially its recently increasing provocative actions" .

In the relevant announcement after the meeting, Ankara called on the US to review its decision to lift the arms embargo to the Greek Cypriots, pointing out that this move by the US side is not consistent with the spirit of the Alliance.

These developments came in the wake of the report made by diplomatic sources of the presidency of the French Republic, that the heads of state and government of the nine countries of southern Europe, who will meet on Friday in Alicante, Spain, will express their support to Greece against the threats it receives from Turkey.

As mentioned by the said sources, the topic of Turkish threats against Greece will be discussed at the working dinner that will be held, after the work of the Euro-Mediterranean Summit, by the heads of state and government of Spain, France, Italy, Portugal , Cyprus, Malta, Slovenia, Croatia and Greece. The President of the European Council, Charles Michel, and the President of the European Commission, Ursula von der Leyen, will also be present.

The intervention by Paris comes at an extremely critical moment for Greek-Turkish relations and is judged to be extremely important by Athens, since it reflects the general change of attitude observed in the EU towards Ankara, which is adhering to the rhetoric of revisionism.

After all, the Prime Minister, Kyriakos Mitsotakis, had made a statement about this issue twenty-four hours earlier, during the meeting of the Council of Ministers, where he had specifically emphasized:

"Whatever Greece had to say, it said clearly at the UN, both about its "red lines" and about its friendly disposition towards the Turkish people. The other side may monotonously repeat its lies and threats. In this merry-go-round, however, it is left alone. We remain calm and confident in our clean positions with the force of International Law, the vigilance of our Armed Forces, the support of our allies. Here many words are indeed poverty - as the saying goes - and maybe it is time to deal with this poverty and those who talk a lot. Instead of fiery words, let them finally choose creative actions and the path of meaningful dialogue. Against them, after all, they don't only have Greece, they have the whole of Europe, but also our allies in NATO".

Earlier, the State Department had taken a clear position against Turkish aggression, declaring that Greece's sovereignty over the Aegean islands is not disputed.

In a written statement, a spokesman for the US State Department notes that "at a time when Russia has again invaded a sovereign European state, statements that could increase tensions between NATO Allies are not particularly helpful.

The announcement by the US Foreign Minister was followed by the position of the representative of the Commission for foreign affairs, Peter Stano, who also sent a stern message to Ankara.

In particular, Mr. Stano called on the Turkish side "to respect the sovereignty of the EU member states. and to commit to the resolution of all open issues in the spirit of good neighborliness, with full respect for international law".

Asked, moreover, about the fact that the ambassador of Greece in Ankara, Christodoulos Lazaris, was called to give an explanation, but also about the general behavior of Turkey, Mr. Stano noted that he would not comment on "what happened yesterday in Ankara when the ambassador was called, because this is something between the two states".

However, in relation to the overall issue of Ankara's actions, the representative of the Commission underlined the EU's solidarity with Greece. "Greece is a member state of the EU and the EU and its member states have formulated very clearly with a series of conclusions of the European Council, the expectations from Turkey to de-escalate, to commit to a constructive de-escalation in order to proceed to a mutually constructive cooperation not only with Greece, but with the EU as a whole" said Peter Stano, adding that Turkey is expected to stop "the threatening rhetoric".
Finally, he stated that "the recent actions, provocations, rhetoric are in the opposite direction to the de-escalation that is so much needed".

What is Erdogan trying to do?

With his latest moves, Recep Tayyip Erdogan shows that he is trying to create the political framework in order to justify an possible attack on Greece.

Analysts estimate that recently the Turkish president's rhetoric has changed from aggressive to purely belligerent. His references to the "fall of Tripolitsa" but also to terrorists hiding in Lavrio were not accidental, as in this way he attempts to polarize the climate in Ankara against our country.

As they report in this regard, the serious possibility of defeat in the upcoming elections, as well as the pressures he receives from the USA and the EU, which publicly support the Greek positions on the issue of sovereignty in the Aegean, have put the Turkish president, who seeks ways to change the climate inside his country, in a difficult position.

"Turkey is looking for an alibi. It is spinning the issue and has exhausted the diplomatic tools that it could use to supposedly convince the international community," argues ANT1's international affairs analyst, Konstantinos Filis, speaking to the central news bulletin.

According to him, what we have to wait for is some movement that could be made on the field. "That is, it could be a blocking action, to prevent a ship which could next time transport military hardware to the islands. This could be done in international territorial waters in all probability but it would still be an illegal action on the part of Turkey."

"Consequently, we cannot rule out this scenario and we must shield ourselves diplomatically, legally and militarily to face such an action. But the question in this case is who will choose to fire the first bullet if and when such a thing is deemed necessary," points out Mr. Filis.