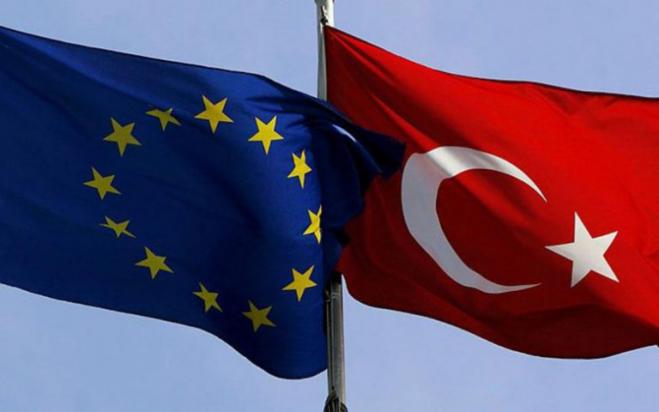 The EU has a strategic interest in having a stable and secure environment in the Eastern Mediterranean and in developing cooperation and a mutually beneficial relationship with Turkey, states the draft report of the European Commission on enlargement, which came to the knowledge of Greek state news agency APE-MPE.

It is emphasized that Ankara needs to commit to good neighborly relations and the conclusions of the March 2021 Summit, it is underlined that it must respect the sovereignty and territorial integrity of all member states.

The text also points out that the accession negotiations with Turkey remain deadlocked. There is talk of regression in areas such as democracy, the rule of law, fundamental rights, the independence of the judicial system. It is noted at the same time that there are serious deficiencies in the functioning of Turkey's democratic institutions, as well as that the deterioration of human and fundamental rights continues.