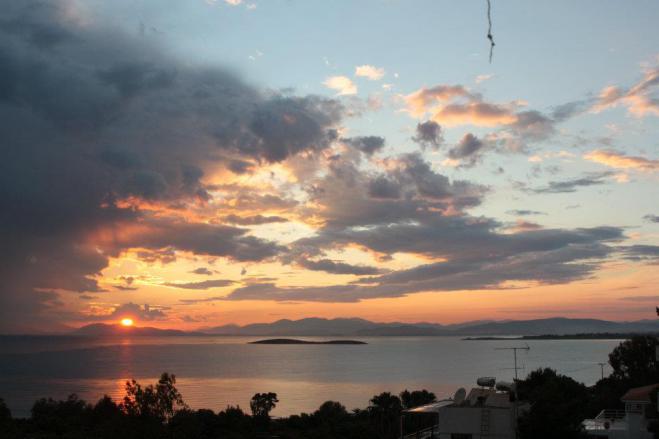 The highest average asking prices in Greece are recorded in the southern suburbs of Athens, both in the housing market and in renting.

During the third quarter of 2022 in the southern suburbs, the average asking price is 3,167 euros, up by 12.7% on an annual basis. According to the data of the online classifieds network Spitogatos Property Index (SPI), this is the most expensive price nationwide.

Compared to the period of the deep financial crisis, in 2014, a year in which real estate prices fell to the lowest point of the ten-year real estate market crisis, there is a 46% increase. At that time, the average asking price for a residential purchase was 2,167 euros per sq.m.

According to the main shareholder of Lamda Development, “the Ellinikon project and the displacement of part of the population to the southern suburbs and Elliniko” are the reasons for the rise in prices of real estate.

Indeed, almost immediately after the departure of the national airport from the Ellinikon area, the demand for housing began to increase in the wider area, while later with the arrival of the metro, the redevelopment projects of Faliro Bay and the positive impact of the operation of the Cultural Center Foundation Stavros Niarchos, spread over a larger area.

As early as 2013-2014, several property owners, began to raise the asking prices of their properties, under the pretext that the Ellinikon mega project was starting, seeking to cash in on the surplus value of “tomorrow” many years earlier.

The role of foreign investors

However, a catalytic role, especially in the last 4 years, was played by foreign investors, which continues to this day. Either for their own use or with the aim of exploitation, foreign onvestors flocked to the southern suburbs wanting to reap benefits from the emergence of Athens as a tourist destination, through burgeoning popularity and short-term leases, the “Golden Visa” program and of course the investment in Ellinikon.

The Greek “Golden Visa” has become one of the most sought-after residence programs for investment in Europe. As a study by the international brokerage company Tranio reveals, in the third quarter of 2022 demand increased by 290%, in view of the imminent increase in the minimum investment requirement from 250,000 euros to 500,000 euros. It is typical that in the second quarter of 2018, the average asking price of a house in the southern suburbs was 2,233 euros per sq.m., i.e. 42% lower than today.

Based on official Bank of Greece data, 2018 was the first year in which the sale prices of houses nationwide increased by 1.5% (in Athens by 2.4% on average), after a long period of decline that began at the start of 2009.

The advantages of the area

The main general characteristics of the area of ​​the southern suburbs regarding the real estate market are for the majority of municipalities the following:

In addition to the iconic 200-meter tall residential skyscraper Riviera Tower on the coastal front of Ellinikon, where the first owners will settle in the first quarter of 2026, according to Lamda executives, several more residential projects will “run” in parallel, across the southern suburbs.

Behind these projects, which are aimed at middle and higher incomes, are institutional investors and large construction groups.

The “Project Voula”, with a budget of 136 million euros, on an area of ​​7.1 hectares, known as the Koniari Estate, in the Municipality of Vari-Voula-Vouliagmeni, seems to have been unblocked, as the investors (Hines – Henderson) granted more than 1.15 hectares in the Exohi area, which will be used by the municipality to create free urban green spaces. Prodea on the other hand, which is making its debut in the residential sector, with the aim of developing houses for sale (Build to Sell – BtS) and to rent (Built to Rent – ​​BtR), is maintaining a lively interest in the southern suburbs. Prodea owns a plot of .25 hectares in the Ellinikon area, on which the development of apartments with a total area of ​​2,800 sq.m. is underway. At the same time, Avax is proceeding with the utilization of a privately owned plot of .22 hectares in the wider area of ​​Ellinikonfor the construction of a complex of luxury residences.

Recently, the Dutch real estate development company Ten Brinke has been showing significant activity in the residential real estate sector, with an emphasis on Ellinikon, Glyfada, Argyroupoli and Voula.