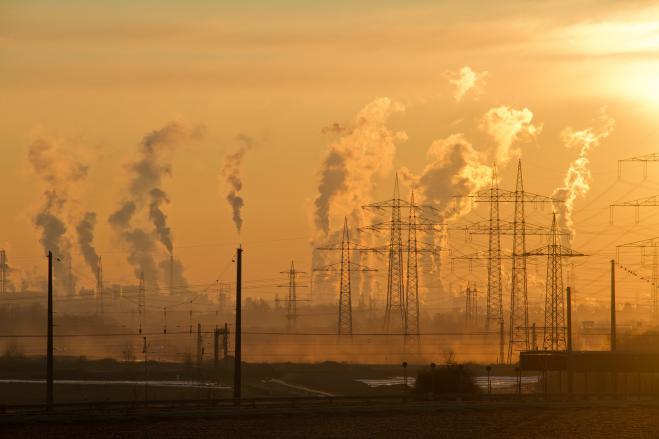 Air pollution was responsible for the death of 11,620 citizens in Greece in 2020. And it is the high concentrations of fine suspended particles with a diameter below 2.5 μm (fine particulate matter – PM 2.5), nitrogen dioxide (NO2) and ozone ( O3) that are to blame for all these deaths, according to what European Environment Agency (EEA) scientists noted in their report on "Air Quality in Europe" published today Thursday.

Air pollution is the biggest environmental risk to public health in Europe. And while the levels of air pollutants in the atmosphere have been reduced over the past two decades in the 33 European countries that the EEA controls (EU-27 and six other European states), air quality remains poor in many areas of the continent. According to the new report, 96% of the urban population in Europe is exposed to PM2.5 concentrations, well above the tolerable levels of 5 µg/m3 set by the World Health Organization (WHO) in 2021. In fact, the data presented in the report show that the exposure of the population to these specific pollutants resulted in 238,000 premature deaths being recorded in the EU-27 in 2020. Air pollution also causes morbidity, which entails significant health care costs.

In any case, the new data shows that the EU's Zero Pollution Action Plan, which aims to reduce the number of premature deaths due to exposure to fine particles by 55% by 2030, compared to 2005. It is characteristic that in 2020, premature deaths attributable to particulate pollution fell by 45% in the EU-27, compared to 2005. However, as European experts note, further efforts will be needed to reduce air pollution to levels which are not considered harmful to public health.

PM2.5 is mainly emitted by fuels used for domestic heating, industrial activities and road transport. But also agricultural emissions of ammonia contribute significantly to the formation of particles in the atmosphere. Concentrations above the WHO annual guideline of 5 µg/m3 were observed in all European countries studied in the report, with the exception of Estonia. In addition, in all 33 countries concentrations above the WHO daily guideline of 15 μg/m3 were recorded.

As for nitrogen dioxide (NO2) concentrations in 2020, they temporarily decreased as a direct result of reductions in road transport during the restrictions due to COVID-19, mainly in large cities in France, Italy and Spain. However, the highest concentrations of particulates and benzo[a]pyrene (a carcinogen) are reported in Central and Eastern Europe and Italy, mainly due to the burning of solid fuels for domestic heating and its use in industry. Ozone levels were lower than in previous years, but still high in Central Europe and some Mediterranean countries, including Greece. But in addition to premature deaths, air pollution also causes morbidity. In 2019, people's exposure to PM2.5 led to 175,702 years lived with disability (YLDs) due to chronic obstructive pulmonary disease in 30 European countries (Greece ranks 15th with 35.5 years lived with disability per 100,000 inhabitants). At the same time, NO2 exposure led to 175,070 YLDs due to diabetes mellitus (also known as type 2 diabetes) in 31 European countries. In the same year, 12,253 people in 23 European countries were admitted to hospital with lower respiratory tract infections due to acute ozone exposure.

As for ecosystems, the EU action plan aims to reduce by 25% by 2030 the percentage of them affected by air pollution, compared to 2005. In 2020, harmful levels of nitrogen deposition in ecosystems exceeded the limits to 75% of the total area of ​​ecosystems in the EU-27. This represents a 12% drop from 2005.