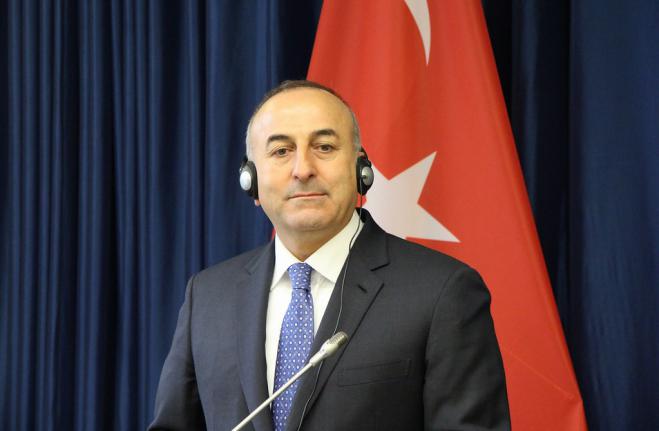 The incendiary rhetoric from Ankara continues with the last episode in this saga being the statement of the Turkish Foreign Minister Mevlut Cavusoglu, who made new provocative statements.

Mr. Cavusoglu spoke once again about the "Turkish minority" in Western Thrace, while he accused Greece of violating its rights.

"The distinguished members of the Consultative Committee of the "Turkish Minority" of Western Thrace were hosted in Ankara. Greece persistently continues to violate the Treaty of Lausanne and the basic human rights of the Turkish minority. Our brothers and sisters in Western Thrace have never been and will never be alone!", said the Turkish Foreign Minister Mevlut Cavusoglu, even citing a list according to which he enumerates the violations by Greece of the rights of the minority in Thrace.

Immediate response from the Greek Ministry of Foreign Affairs

The Greek Foreign Minister's response to what Cavusoglu provocatively mentioned was immediate as he called on Turkey "instead of teaching human rights lessons, to put its house in order and implement policies that will give life and dynamism to the Greek Minority there again".

"A Minority, which numbers about 120,000 members, that is, the same number as the period in which the Treaty of Lausanne was signed, which Turkey systematically invokes.

It is questionable how it invokes Lausanne and speaks of its violation by Greece, at a time when in Constantinople, Imbros and Tenedos the Greek Minority numbers less than 3000 souls, while at the time of the signing of the Treaty it numbered around 130,000.

We were recently reminded of this reality by the EU's statement, in the context of the 77th UN General Assembly, "about the earlier policies of discrimination implemented by Turkey, which resulted in the Greek Minority in Turkey being today on the verge of extinction. The statement speaks for itself. As the numbers speak for themselves."