Log in
A+ A A-
More than 700 expatriates were present at the annual reception of the Hellenic Initiative, which took place Friday (30/9) at the famous "Waldorf Astoria", in Manhattan.
The attendees were welcomed by the Board chairman, Andrew Liveris, President George Stamas and Dennis Mill, who expressed their satisfaction with the turnout and also focused on the 200 young people involved in the organization «The Hellenic Initiative New Leaders».

Moderator of the event was the well known actor Chris Diamantopoulos, best known from the HBO series "Silicon Valley" and also as the "voice" of the legendary "Mickey Mouse." Diamantopoulos, who was born in Toronto to Greek parents said "we are here for Greece, our homeland."Archbishop, Mr. Demetrios said that he was "impressed by the progress" of the Hellenic Initiative, taking the floor after prayer. The Archbishop made his own analysis of the role of the “Hellenic Initiative”, stressing that it has played an important role in the life of Greeks over time, from ancient times to the modern era. 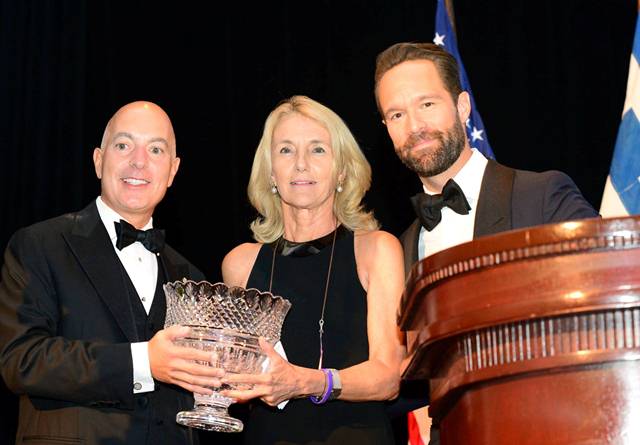 In the first part of the event non-governmental organizations that stood out for their social and economic projects in Greece were honored. These are METAdrasi, "Together for Children" and the "ReGeneration" program, which "opens the door" of the labor market to apprentices and young workers.On behalf of "METAdrasis", the award was accepted by founder Laura Pappas, who recounted the organization's activity for the reception and assistance to refugees. According to Ms. Pappas, "METAdrasis" made its presence felt in Chios, Lesbos and Athens, helping, among others, more than 300 children.The Agency "Together for Children"'s award was accepted by Vice President Alexandra Martinou, who informed on the actions and work of the agency, which has been functioning for 20 years, aiding in various ways more than 30000 children.Finally, the co-founder of the ReGeneration program Nikos Koummetis, president of Coca - Cola in Central and Eastern Europe and Evangelos Pappas of RT Safe received the award for that NGO

"WHY SHOULD THE US SUPPORT GREECE"

Mr. James Stavridis, retired Admiral of NATO, who closely monitors developments in Greece both ON the economic and ON the geopolitical level, initially praised the efforts of the Hellenic Initiative and then referred to the reasons why the US should focus on strengthening the position of Greece. 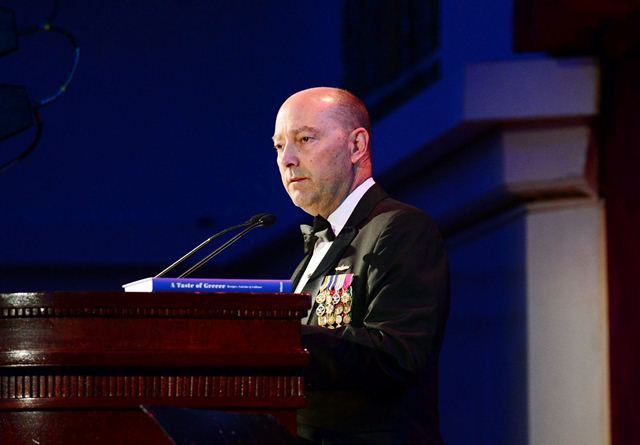 According to Mr. Stavridis, Greece is located in the “hot spot of the Mediterranean,” and pointed out that "both the Near and Middle East are plagued by conflicts and wars." In addition, he praised the Greek Armed Forces, which he called "the best prepared to participate in NATO".

Mr.Stavridis made special reference to the role of the Greek Orthodox Church, noting the important role of Russia and the Balkan region, and reiterated that "the United States shares the same values with Ancient Greece."

Especially moving was the moment of presentation of the Olympic medal winners, Katerina Stefanidis, Eleftherios Petrounias (Gold), and the Spyros Gianniotis, who won the silver medal at the "end" of his career, missing the gold in a "Photo finish" race. With them was "golden" swimmer Helen Maroulis, who, although competing with US colors is of Greek origin and has a well-known interest for her place of origin. 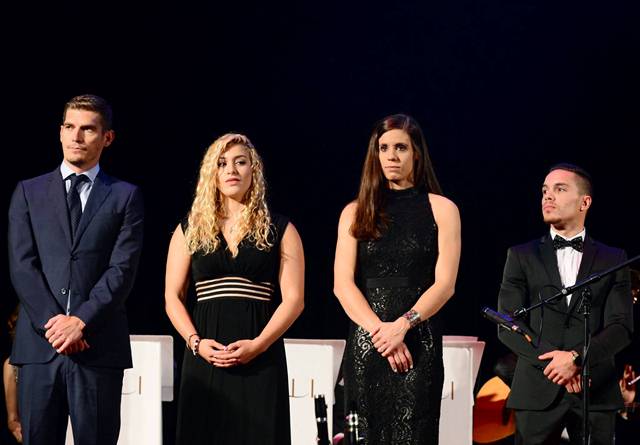 "These athletes remind you of your families, who came to America many years ago, without any help, but finally reached the point of being the best of the best," said President George Stamas, shortly before the award.Then followed an auction of two shirts, which were autographed by the athletes. The first was signed by Olympians of the Greek national team and the second by Helen Maroulis. The aim was to raise money which will enhance the efforts of the Olympians, providing them with aid for their best possible preparation for the next Olympics. 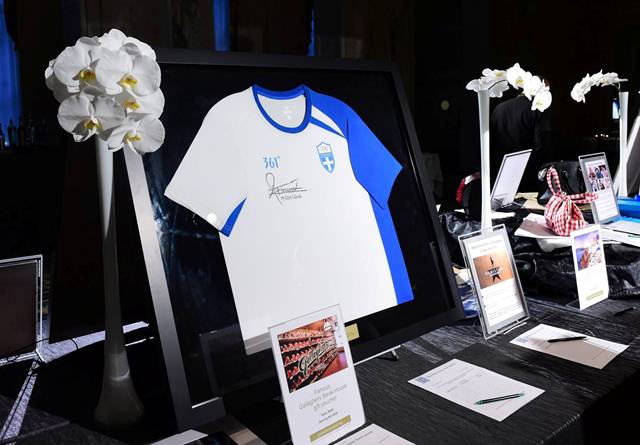 According to estimates, the expected proceeds are estimated to exceed $ 270,000.

The "Hellenic Initiative" is a global organization of the Greek Diaspora, which was formed in 2012 - ie the "heart" of the crisis - by eminent Greeks and Greeks abroad, aiming to contribute to the recovery of the Greek economy and to support the Greeks, through financial support of non-profit organizations. Meanwhile, the organization supports the efforts of young people in business.

The total economic contribution to date amounts to $ 10 million. Of this, 6.2 million were given for the support of new enterprises, in order to, in addition to encouraging entrepreneurship, provide a "health injection" to the market and create new jobs. Furthermore, there is an amount close to $ 3.5 million, which was developed to enhance the economic viability of Greeks.