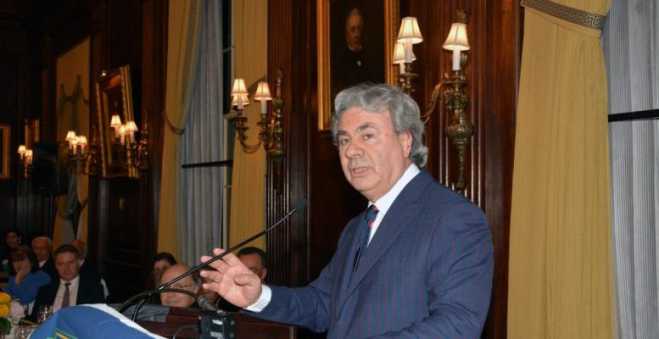 Mana Products Founder Nikos Mouyiaris died today. His death was announced by the Hellenic American Leadership Council, a group he founded to help cultivate future leaders in the Greek-American community.

A devoted philanthropist, Mouyiaris was on the board of the Coordinated Effort of Hellenes, the Pancyprian Association of America and he supported many other groups including the Elytis Chair at Rutgers, SOS Children's Villages in Greece, Paradise 4 Kids in Sierra Leone and Malaika Foundation in Congo.

Mouyiaris is survived by his wife Carol and daughter Ariana, grandsons, his brother George, aunts, uncles and many nieces and nephews. No funeral arrangements have been announced, but donations can be made to the Hellenic American Leadership Council and the Mouyiaris Foundation.

In addition to his tremendous efforts on behalf of Hellenism, he supported the Odysseas Elytis chair at Rutgers University, "SOS Villages" and a number of other organizations in Greece and Cyprus. He maintained an orphanage for children whose parents died from the ebola virus, and educated young women in the Congo.

NGTV will never forget his presence, along with a series of noted Greek-Americans, during a conference on the Greek economy in a central Athens hotel. There he participated with other prominent Greek-American entrepreneurs, some of whom engaged the Greek business media for various reasons.

The late Nikos Mouyiaris had not hesitated to chastise those who sought to invest in Greece with a mind to a secure profit. He had called for the estalishmet of a fund with substantial sums of money that Greek expatriates would even be willing to lose in order to help the community of young start-ups in Greece.