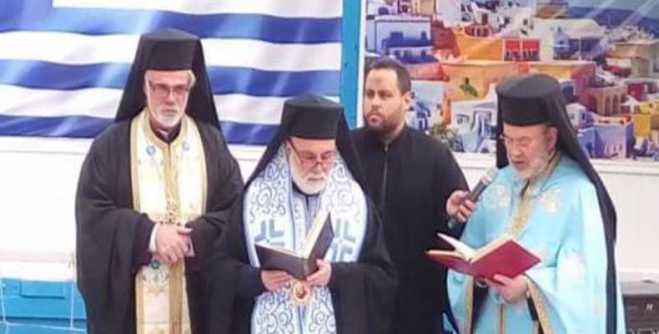 From the most "beautiful Greek balcony on the RiverNile", the Hellenic Nautical Club of Cairo, Metropolitan of Mempis Nikodimos, yesterday,conducted the consecration of the waters, chanting "in Jordan" in one of the most central parts of the Egyptian capital.

The touching event, which attracted the interest of the whole community despite the extremely low temperatures for the region, was attended by the Consul General of Greece in Cairo, Mr. George Daskalopoulos, consul Achilles Bikis, the EU Commissioner Stelios Halkias and the President of the Group George Hayiat.

It was followed, like every year, by the cutting of the Vasilopita of the Hellenic Nautical Club of Cairo, in the presence of many members of the community, who this year honored the Feast of the Epiphany and the custom of the consecration of the River Nile.