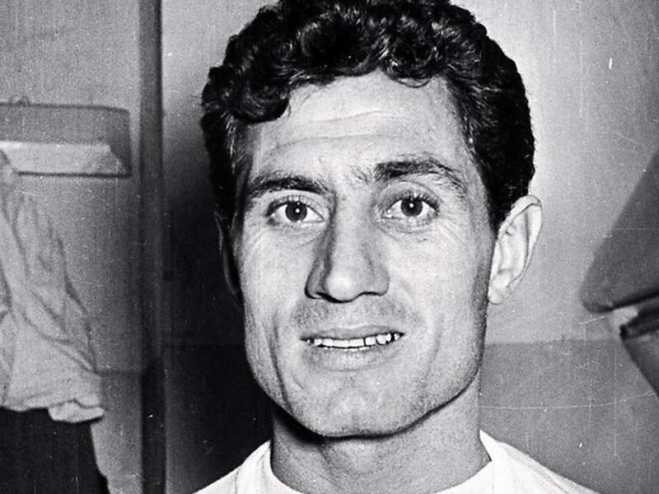 Turkish President Recep Tayyip Erdogan recalled in a tweet Lefter Kucukandonyadis, a football player of Greek descent who left a great legacy as a striker in Fenerbahce, on the seventh anniversary of the player's death.

"I pay honour on the seventh anniversary of the unforgettable player of Turkish football, the great legendary player of Fenerbahce and national team, Professor Lefter Kucukandonyadis," Erdogan said in his message, using the nickname "Ordinaryus" (professor of professors) the player was known as throughout his career.Fenerbahce had held a memorial event for him at its home stadium. Erdogan had attended Kucukandonyadis' funeral at the Greek Orthodox cemetery on the island of Buyukada (known in Greece as Prinkipo) in the Sea of Marmara.

Former Turkish Minister for the EU Egemen Bagis also posted a message on Twitter in Kucukandonyadis' honour, saying he had visited the legendary football player a year before he died, and called him a symbol of Turkish football and brotherhood, a man remembered with respect and nostalgia.

Lefteris Kucukandonyadis was born in 1925 of Greek parents and signed up with Fenerbahce in 1947. He then played for other teams from 1951 to 1953 before returning to Fener, where he remained until 1964, scoring a total of 423 goals in 615 games. he was named top scorer for the 1953-54 season. After completing his career in Fener, he left Turkey in 1964 aged 39 and came to Greece to play with AEK, scoring twice in five games before a serious injury in a game with Iraklis ended his football career.

Playing 46 games on Turkey's national team, he scored a total of 21 goals, becoming the second highest scorer in its history after Hakan Sukur. he layed in the finals of the World Cup of 1954, scoring two goals, and was included in the Mixed World team of the same year. He was the first football player to be honoured with the "Golden Honor Medal" from the Turkish Football Federation.

Following the end of his career, "Ordinarius" coached several teams in Greece and Turkey before passing away in January 2012.

Last summer, the Turkish Football Federation decided to give his name to the highest tier of the cup for the 2018/19 season.