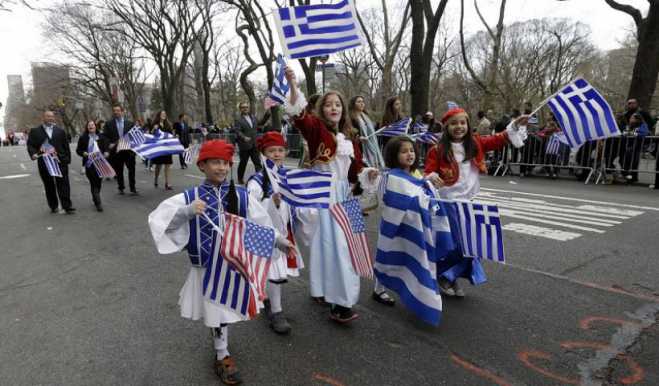 In the next days, the names of the Parade Officials will be announced, and according to information they will very important figures.

The Chairman of the Parade Committee Petros Galatoulas announced that this year, for the first time, it was decided unanimously not to send any invitation to the members of the Greek Parliament as the vote of the Prespa Agreement has outraged the majority of the Greek community.

In statements to media, the former President of the Federation of Greek Associations of New York and vice-president of the Organization, Petros Galatoulas stressed: "For us, the Greeks, the vote for the Prespa Agreement is a black moment in history. We unanimously decided that the biggest parade of Hellenism should be conducted without the presence of members of the Government and, more generally, without MPs.

It is a decision that also sends out a loud message in the direction that the diaspora that has pioneered the mobilizations against the Prespa Agreement is deeply dissatisfied with the way the Greek people are ignored in our national affairs.

We are in the process of taking other decisions as our attitude towards the Greek political scene is expected to harden even further."

According to information, an invitation will only be sent to representatives of the local government who participated in the reactions in order for the Agreement not to pass. In particular, invitations will be given to the Mayor of Maroussi Giorgos Patoulis as President of the Mayors of Greece, the Central Macedonia Regional Governor Apostolos Tzitzikostas as representative of the local government in Northern Greece, and the Mayor of Samos Michalis Angelopoulos as Vice President of the Mayors of Europe.

The date of the parade has been set for April 14th.