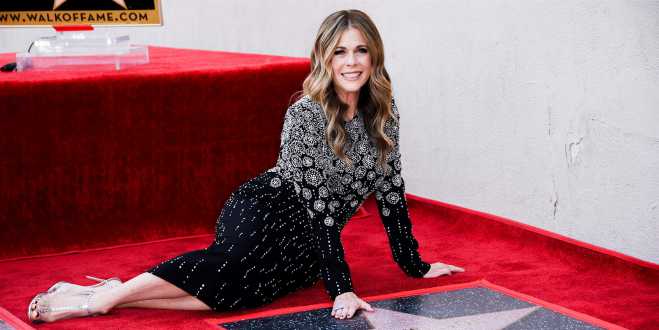 Wilson’s star is positioned a mere four stars away from her legendary husband, American actor and filmmaker Tom Hanks.

At the ceremony, she couldn’t have been more excited to be joined by her husband and sons Chet and Truman, along with her celebrity friends including Julia Roberts, Martin Short, Larry David and Nia Vardalos.