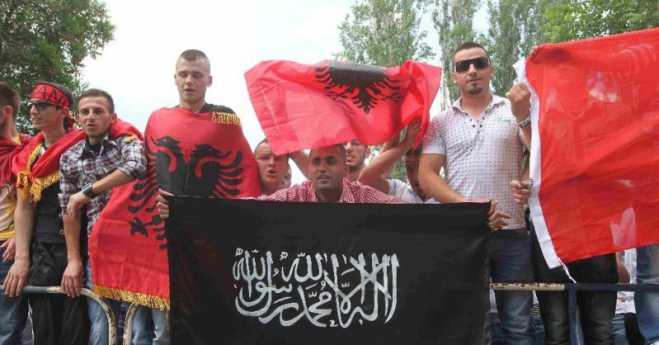 After the fall of Communism Albania has undergone a constant political turmoil. The peak of political chaos and social crisis took place in 1997 when the country was involved into a civil war. The present political situation in Albania is very likely to involve the country into a civil conflict once again.

During the last six years, under the government of Edi Rama, Albania has been of much concern regarding the cultivation of cannabis, drugs smuggling and the source of organized crime which alarmed the Greek authorities, as well as other EU countries which experienced a drastic increase of heavy drugs trade coming from Albania.
The Edi Rama government either seemed to ignore such a fact or might have even been involved into it. The prosecution of the Minister of Interior, SajmirTahiri, the removal from office of his successor Fatmir Xhafa, as well as the many district heads of police who have fled the country and are wanted by the authorities raises serious doubts for the involvement of the State Police and the government itself in the drugs and criminal activities in the country.

Many foreign journalists have witnessed first-hand drugs laboratories and fields of cannabis spread through the entire country. The Greek and Italian authorities on many occasions have frequently confiscated in their borders tons of cannabis and heavy drugs. This has been a burden for these countries with no assistance from the Albanian authorities. For this reason, FRONTEX launched border patrol of the Albania-Greece border. The implementation of the Albania-FRONTEX agreement began recently. An unprecedented case for the protection of a non-EU country. 50 FRONTEX officers are already located on the green border of Albania and Greece. The EU seems concerned with Albanian borders which causes serious risks for the security of the EU countries.

But the troubles from Albania might increase due to its domestic political crisis. Edi Rama, the Prime Minister of Albania, seems to have lead the Albanian politics into an abyss. The country is expected to hold local elections on June 30th, but the opposition will not participate. Furthermore, the opposition parties have boycotted the parliament and the MPs have resigned from their status. Thus, the legislative is not complete, making the parliament illegitimate. Despite its illegality, Rama government has dissolved the Constitutional Court. Presently, Edi Rama rules like a king and monarch. He has usurped all the powers, acting like a premier, law-maker and a judge. Furthermore, if he persists in participating alone, without the opposition, in the June 30th elections, he will also control all the 61 main municipalities of Albania.

The opposition and thousands of Albanians have protested, at times in violent demonstrations and a harsh response by the state police. They ask for the resignation of Rama and the establishment of a transitory government which will bring order in the country and secure free and fair elections. Albanians are frightened. While June 30th is approaching, the country is getting closer to a civil conflict. Edi Rama’s arrogance and stubbornness might have serious effects and consequences for the country, which at the moment has no effective judiciary system, no legitimate parliament and no political dialogue. Ilir Meta, the President of Albania, is appealing for reflection and dialogue, and accountability from the government and political parties, but the situation still seems chaotic.

It seems that such a serious conflict has the same author and solution: Edi Rama. One man has led the country into the crisis and it appears that he may be the solution by either resigning or allowing a transitory government.

If he does not decide to do so, on the election day, on the 5000 election centers, each guarded by only two police officers due to the limited capacity of the Albanian state police, the chaos and violence will light a flame that will be extremely hard to contain and the country might enter a serious civil conflict which might affect the neighbouring countries. The following days are essential for Albania, its stability, integration and the well-being of the people.