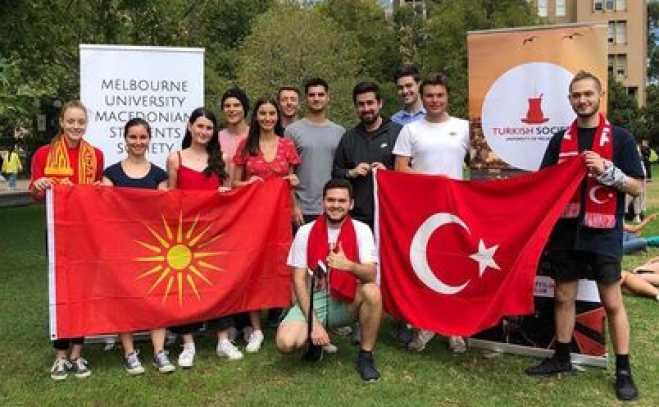 This letter was sent to the Vice-Chancellor ​The University of Melbourne, Professor Duncan Maskell, by “The Macedonian League”. It is an international professional Hellenic advocacy group with the prime objective being to advance the Greek interests to informed and responsive governments on issues concerning Greece’s national security and territorial integrity.
Professor Duncan Maskell
Vice-Chancellor
​The University of Melbourne

​
​Dear Professor Maskell,We are writing to inform you of a serious on-campus event that has breached the peaceful coexistence of different races and ethnic groups within Australia.

A body of University of Melbourne students recently violated the Racial Discrimination Act 1975 [1]. This group has not only challenged the sensitivities of Australian citizens of Greek descent but aimed to incite a forceful response from Greek-Australian students.

​Students from the ‘Melbourne University Macedonian [sic] Student Society – MUMSS’ [2] recently displayed theStar of Vergina [3] on a red background (a trademarked World Intellectual Property Organization protected symbol of the Greek Government), via a clubs and societies banner funded by the University of Melbourne Student Union (UMSU) [4][5][6]. Furthermore, they illegally displayed the symbol as the “flag of the country of Macedonia” [sic] and not the officially recognized, Department of Foreign Affairs and Trade (DFAT) “flag of the country of North Macedonia [7].”