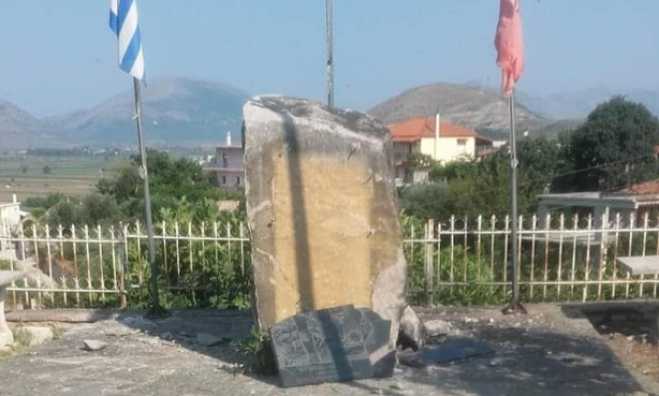 According to information, Albanian nationalists first used a small dynamite bomb before they tried to brake the stone of the monument with sledgehammers.

Albanian nationalists’ have targeted once again the indigenous Ethnic Greek Minority of Albania. For the third time the monument of Thimios Liolis in the village of Krania, one of the leader and most historic figures of the Greek minority of Northern Epirus, has been vandalized. After they broke the marble slab, they began striking the big stone with sledgehammers. The noise woke up the residents and the perpetrators immediately fled. The Albanian extremists may have been unable to complete their vandalism at dawn on December 3rd 2018 during their previous attempt, as they narrowly escaped being captured by the villagers, but they were more successful yesterday.