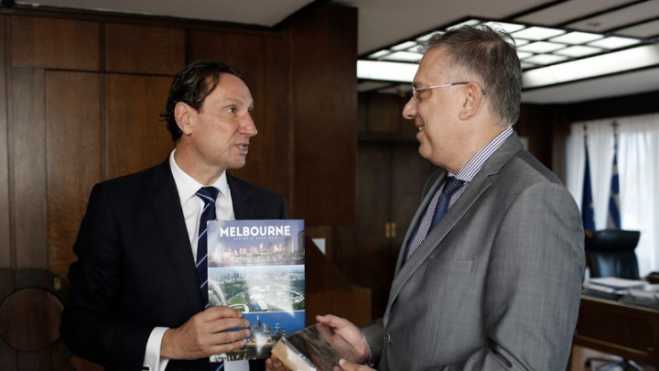 Issues concerning the Greek community in Australia and specifically the Greek government’s upcoming regulation which will legislate the right of Greeks abroad to vote in Greek elections from their place of residence, were discussed by Interior Minister Takis Theodorikakos and the President of the Greek Community of Melbourne, Vasilis Papastergiadis, on Saturday.

Theodorikakos said that Greek Prime Minister Kyriakos Mitsotakis, "is interested in Greeks everywhere, wherever in the world they may be (...) and very soon we will bring in the relevant bill so that Greeks around the world can partake in decisions taken by Greeks in Greece concerning our government."Papastergiadis hailed the merits of the forthcoming legislation and said that “ this decision you made has no political color. There are no political parties over these issues, we are all united. So we believe that whatever law we may have, there must be progress."