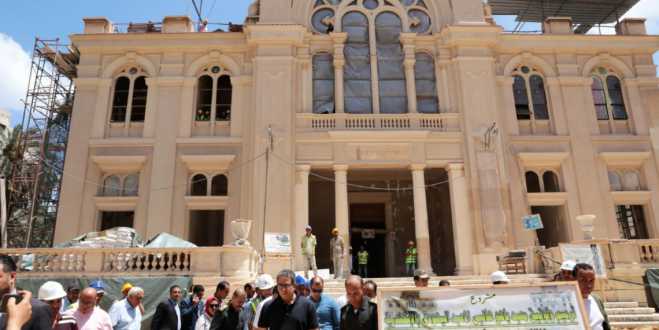 The restoration works of the Hellenic-Roman Museum of Alexandria, which is being inspected and monitored closely by Egypt's Minister of Antiquities, Dr. Khalid El Anani, are underway.

Mr Anani, accompanied by the Governor of Alexandria, Abdelaziz Consoau, visited the various galleries of the museum to see closely the latest developments in the works being carried out there.

It should be noted that the Hellenic-Roman Museum aims to promote the beauty and prosperity of Alexandria during the Greco-Roman era.

The minister also met with the Supreme Museum Audit Committee and representatives of the Engineering Authority to review the timetables for completion of the project.

The renovation works include a program of comprehensive restoration of sites of archaeological interest, such as the Museum of Culture, the Jewish Synagogue of Alexandria, the Mohammed Ali Palace in Subra Cairo, the Greater Pyramid Area, and the Baron Palace in the Heliopolis area.

The projects started two years ago and are expected to be completed by next year.