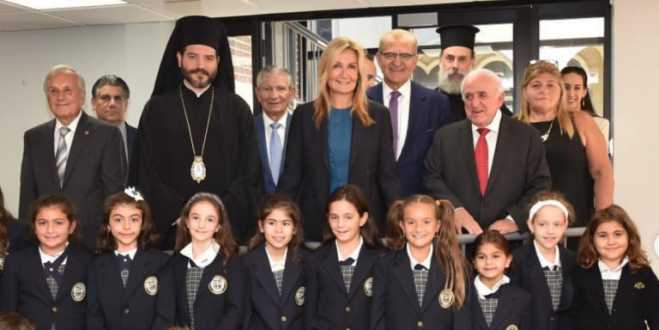 Mareva Grabowski Mitsotakis accompanies the Prime Minister on his trip to the US.

The children welcomed Mrs Mitsotakis with gifts and flowers. Indeed, one girl, the little Maria in red glasses, stole the show when she was asked to say something to the Prime Minister's wife and she said "I love you very much". 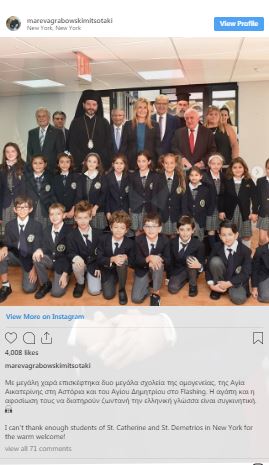 Mrs Mitsotakis toured the school, chatted with the children and did not hesitate to dance with them, Greek dances. Many of her snapshots of the visit saw the spotlight, but Mareva Mitsotakis uploaded her personal account to instagram photograps with school children writing "Their love and dedication to keeping the Greek language alive is moving."