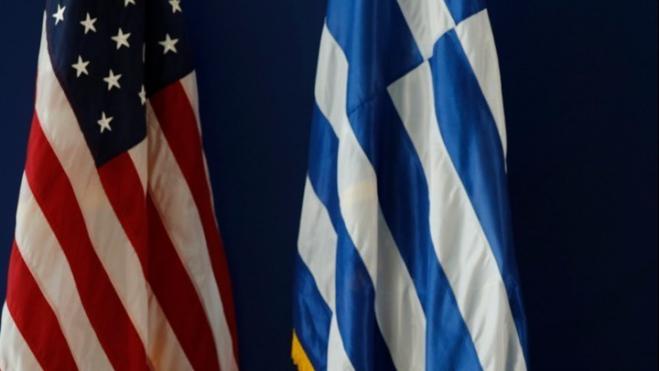 The importance of Greece and Cyprus' role in the new US strategy for the southeastern Mediterranean was highlighted in a debate organised by the American-Hellenic Institute (AHI) in Washington on "the importance of pillars of stability in a sea of instability".

Speaking of an "arc of instability" that stretches across Southeast Europe, American-Hellenic Institute President Nikolaos Laryngakis referred to Turkey's role in the region as destabilising, stressing that its actions undermine Washington's interests in a critical geopolitical region.

"[The U.S.] cannot send mixed messages and have double standards. If we cannot defend our beliefs in a country such as Turkey, which is a NATO member, we will not have any credibility in countries such as Russia, Iran or China," Laryngakis said.

At the same time, he welcomed the fact that U.S. foreign policy no longer sees Greece and Cyprus in relation to Turkey, but recognises their independent strategic value.

Greece's role in the security of the Southeast Mediterranean will continue to grow steadily in the coming years, according to the White House correspondent for Newsmax.com, John Gizi.

As he explained, President Erdogan's Turkey has turned into an unpredictable factor that inspires uncertainty. For the American journalist, the decline in Ankara's credibility comes at a time when Washington is looking for reliable and capable regional partners who can share some of the responsibility for security in their geographic region.

"Therefore, I would say that there are significant changes in the foreground and that Greece's role on the international stage will be increasingly prominent," he said.

Turkish violations of Greek airspace as a "legal" matter for the U.S.

Highlighting the legal dimension of Greek airspace violations, the legal adviser of the American-Hellenic Institute Nicholas Karabelas recalled that the provisions of the Arms Exports Control Act impose the use of F-16 fighter jets only for "legal self-defence". As such, he added, any Turkish violations of Greek airspace "are contrary to U.S. law and should lead to the adoption of sanctions," in accordance with the provisions of the relevant legislation.

"[The U.S.] needs to approach this issue, at some point, as a legal rather than a political matter, in order to see if there are any violations of the law and decide what to do about it," Karabelas said.

On her part, Maria Olson, a diplomat at the U.S. State Department, said that the State Department is not involved in the political process related to the "EastMed Act", but is following the bill's progress closely. She explained that if the "EastMed Act" is signed and made into a law of the state, there will be a review of existing policies in order to properly adapt to the parameters set out in the bill.