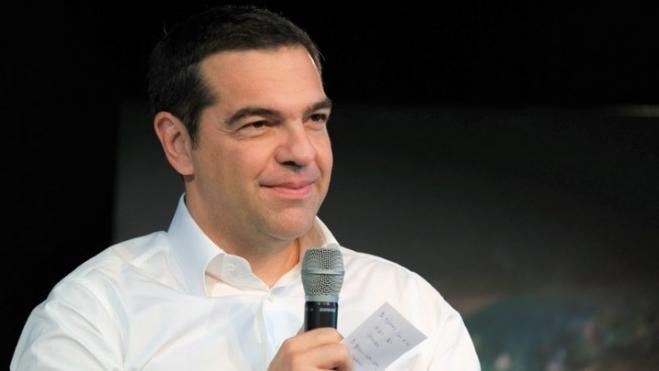 Main opposition party SYRIZA leader Alexis Tsipras on Wednesday met in Athens with representatives of Albania's Democratic Union of the Greek Minority 'Omonoia' and the Unity for Human Rights Party, a political party in Albania supporting the Greek minority.

A SYRIZA statement described how Tsipras underlined that Greece has to press on with its efforts to strengthen Greek-Albanian relations and to also take a leading role in boosting the country's EU accession prospects, but on the key premise that Albania guarantees protection of the rights of the Greek ethnic minority there.

Both delegations thanked Tsipras for being the first government which first put forth the minority's basic rights concerning self-identification and the setting up of a registry for their assets as a criterion for Albania's EU acceptance. Tsipras was also thanked for reinstating the minority’s Agricultural Insurance Organization (OGA) benefit, which was axed in 2014.