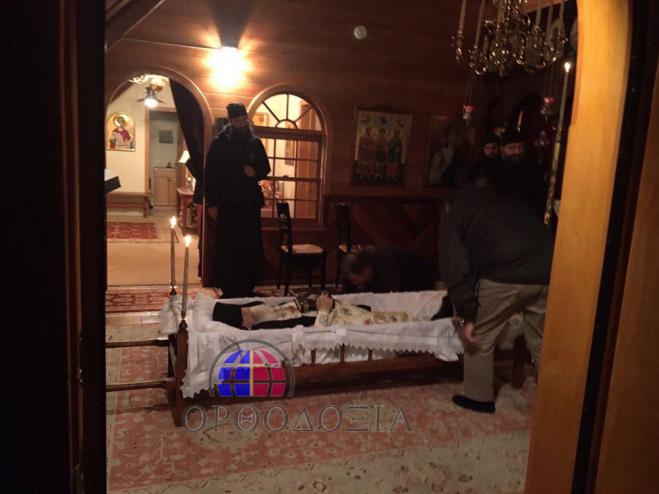 On Sunday morning around 7am Greek time (10pm American time on Saturday), Elder Ephraim fell asleep with the Lord, while residing in Arizona.

Elder Archimandrite Ephraim (Moraitis) (born Ioannis Moraitis) (June 24, 1927 – December 7th, 2019) was an archimandrite and former abbot of Philotheou Monastery on Mount Athos, spiritual guide of several monasteries on Mount Athos and Greece, and the founder of several monasteries in the United States. He resided in Arizona at St. Anthony’s Greek Orthodox Monastery.

Elder Ephraim was a hieromonk for 71 years and an elder for more than 50 years. He was a disciple of Saint Joseph the Hesychast of Mount Athos and lived in monastic obedience to him for 12 years until the saint’s repose in 1959.

Elder Ephraim wrote many books on his experiences and homilies of Saint Joseph.