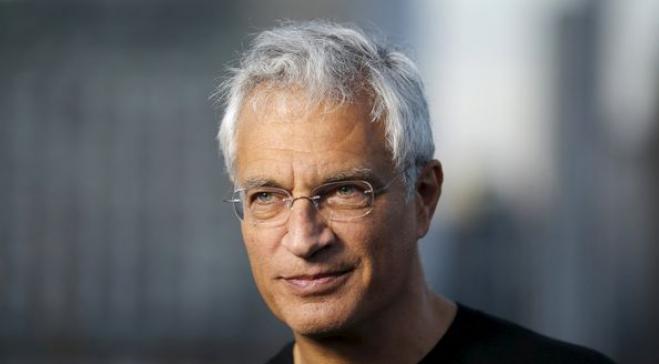 Louie Psihoyos is a Greek-American filmmaker, photographer and director. He began his career as one of the first new photographers that National Geographic had hired in several years. He is perhaps best known as the Director of The Cove, about the slaughter of dolphins in Japan, which won an Oscar in 2010. He has also made the film Racing Extinction, about the sixth global mass extinction. And he’s currently working on The Gamechangers with James Cameron, a film about vegan super athletes due out later this year. He’s also the Founder and Chief Executive of the Oceanic Preservation Society which works to bring together artists and activists to protect the oceans and the planet.
In the course of this conversation we talk about how Louie pioneered a new form of environmental journalism when he was at National Geographic, how a chance meeting with Stephen Spielberg, and a passion for dinosaurs, ignited an interest in extinction, and why he believes that a plant-based diet is the best for our health, our wallets and the planet. This is a fascinating conversation with one of the world’s leading environmental filmmakers and advocates.
The Wild Voices Project features a podcast with the acclaimed director which you can access through the link here.
The Wild Voices Project podcast tells the stories of people saving nature. We are part of WILDVoices media, a global production team bridging emerging storytellers with aspiring environmental professionals.  Find out more about us at  wildvoicesproject.org. Learn more about the global community at wild-voices.org.
Tagged under