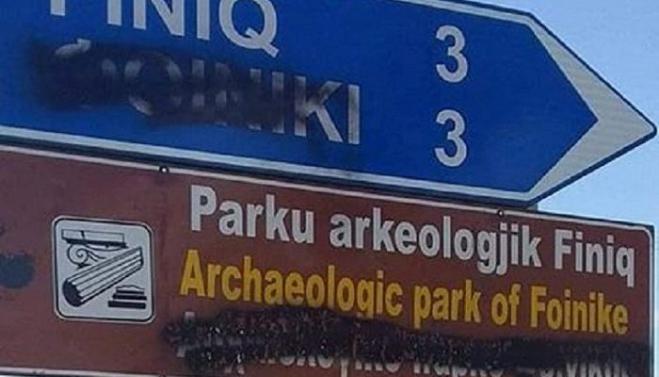 Anti-Hellenic phenomena continue unabated against the Greek minority in Albania by Albanian nationalists.

This time it is the turn of the minority municipality of Phoenikaioi with well-known suspects smearing the Greek language on bilingual signs. It is worth noting that among the signs that were defaced were those at the village of Droviani, the place of origin of the former President of the Hellenic Republic, Mr. Konstantinos Stephanopoulos.

All of this comes as a follow-up to the anti-Greek documentaries of the Albanian Top Channel television station, which seem to aim at creating tensions, trying to tarnish the relations between the two peoples that had been restored following the deadly earthquake in Durres.