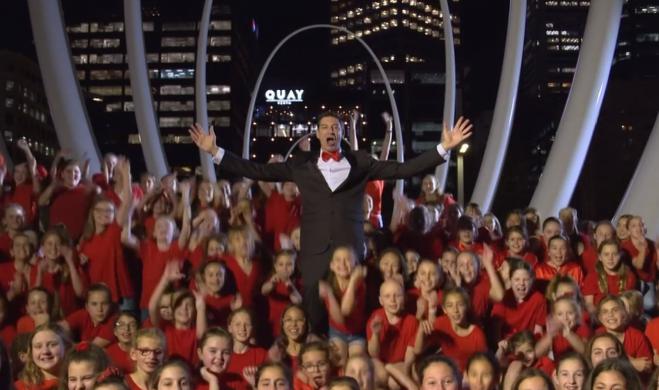 It started as a rumor in recent months. Slowly, however, it began to take on substance and validity. Well-known expatriate sports journalist and presenter, Vasilis Zebilas will be one of the candidates for Mayor of Perth.

Mr Zebila's announcement in the state media this week put a stop to rumors. The tall, handsome, 49-year-old Greek Australianl with a face reminiscent of 50s movies is seriously considering running for the next Perth municipal elections.

Vasilis Zebilas is from Castellorizo ​​where he got married in 2009. He is a former Australian footballer and current journalist and presenter of television and radio programs. This July he will be one of the main presenters at the Tokyo Olympics. In addition, in 2018 he was named "Castellorizian of the Year" and for the last 10 years he has been the main presenter of the well-known TV show Telethon. Last year this fundraiser raised $ 42,596,034 in a 24 hour period. Money distributed to institutions that are mainly involved in the fight against illnesses and the care of sick children.

Perth is known to have no Mayor since 2017 due to the exclusion of Mayor Lisa Scafidi. For a period the duties of the Mayor were performed by the Deputy Mayor, expatriate Dimitris Limnios, until the State Government commissioned a committee to settle the cases in which Mrs Scafidi was involved and at the same time modify rules and regulations so as not to repeat such incidents. If Mr Dimitris Limnios is nominated then Greek mAustralians will have two expatriate candidates.