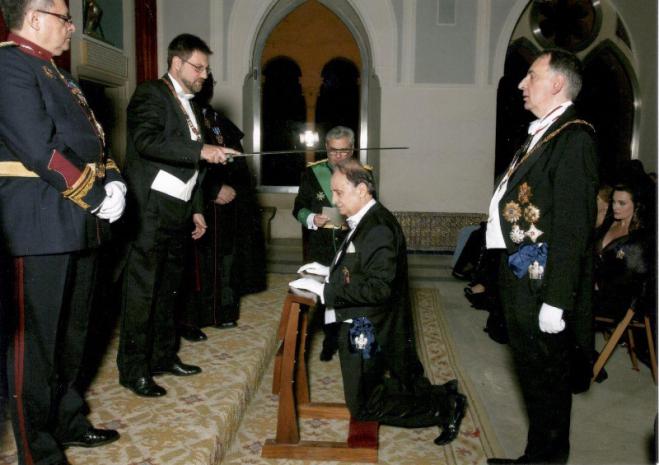 Recently the prominent Greek lawyer, President of legal committee of the Greek Olympic Committee, Mr. Giorgos Lenos, was knighted by the sword of Spanish prince Henry of the House of Bourbon, the Spanish royal family.

The ceremony of the Knighting, accompanied by the awarding of the medal of the Grand Cross of the Order of Charles I of Spain to Mr. Lenos, took place in the Royal Palace of Segovia, in the presence of members of the Spanish aristocracy.

Mr. Giorgos Lenos received the knighhood by the sword, from Prince Henry of the Spanish Royal Bourbon Dynasty, accompanied by Baroness Breidel

Who is George Lenos?
He was born in Piraeus and from a young age his family settled in Athens. He completed his gymnasium studies at the First Model Men's High School in Athens and then received his degree in Economics and Law from the University of Athens. He received a master's degree in law from the University of Athens and the Law School of Paris (Sorbonne) in Business Law, but eventually took to practising law. He is a lawyer in the Greek Supreme Court. He has written numerous articles and two books on title transfer law.