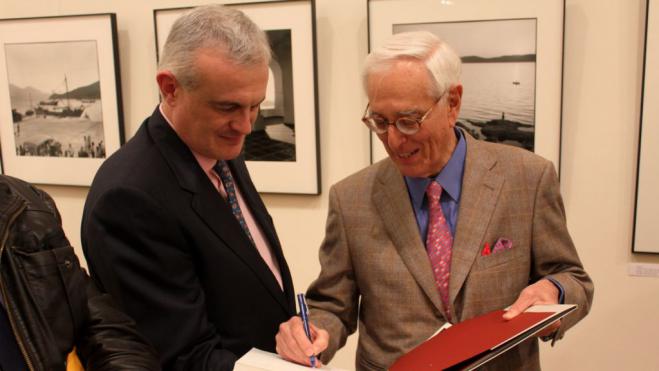 Hot on the heels of Tom Hanks, another philhellene, photographer Robert McCabe has been granted honorary Greek citizenship.

The Greek Consul-General in Boston in the United States, Stratos Efthymiou, granted the honour to the American photographer for his services to Greece.

Mr McCabe first visited Greece in the 1950s as a University of Princeton student. He began taking photographs that documented life in Greece from archaeological sites, landscapes to everyday events and people at a time when the country was still largely untouched by tourism.

His work reflected in numerous exhibitions and books made him an unofficial ambassador for Greece and his ties to the country were further strengthened when he married his Greek wife, Dina.

He also has supported many Greek-American institutions, including Athens College, the Gennadius Library and the American School of Classical Studies in Athens.

Mr McCabe bought and restored the Boston home of Samuel Gridley Howe who fought on Greek side in 1824 during the Greek War of Independence.

Most recently he has published a book on the Stofades Monastery that is on an islet off Zakynthos, a book on Mykonos and another on Santorini before it was affected by an earthquake in 1956.