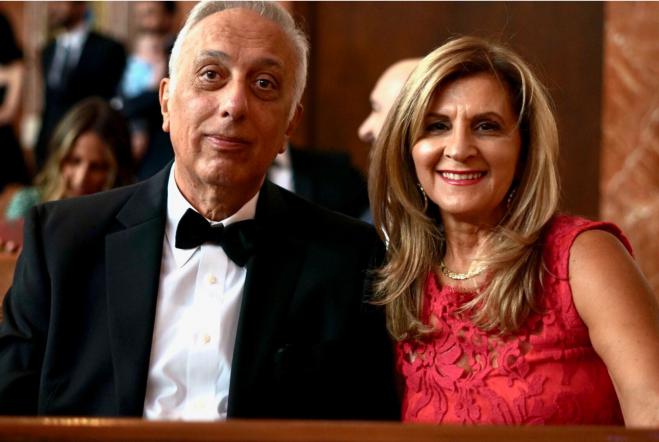 Former president of the Association "AGIA VARVARA" Abraham Jimmy Kaltsas on Tuesday, March 24, 2020, lost the last battle of his life with the coronavirus, and is mourned by his family, relatives and extended family. .

Abraham Kaltsas is the second confirmed victim of the coronavirus who is mourned by the Hellenism of the New York suburbs.

He was one of the first patients in New York to undergo appropriate tests and was positive for coronavirus and one of the few with no underlying disease to die.

However, in New York and New Jersey there are dozens of expatriates treated in Intensive Care Units, including at least ten expatriates, physicians and nurses.

Abraham Tzimis Kaltsas, as Pelagia nee Tsanousidou, his wife pointed he was healthy and without the slightest underlying disease. They had been in Florida for two weeks in February.

On the weekend of March 8 and 9, 2020, both Pelagia and Abraham showed the first signs of sickness while Pelagia had a severe fever.

On Monday, March 16, 2020, Abraham and Pelagia were admitted to the emergency room at NYU Winthrop Hospital in Minneola, Long Island. Pelagia was discharged the same day while Abraham, the next day, because doctors found a shadow in the lung and he was being monitored.

On the morning of Tuesday, March 17, 2020, the hospital notified both that they were positive for coronavirus and that they had to remain in quarantine for two weeks.

However, on the evening of the same day, Abraham was discharged with medical treatment. He remained in his bed at home until Friday morning. Pelagia and Penelope, who were closely watching his health, found signs of deterioration and instead of calling an ambulance, he was taken to the hospital.

Knowing that he was positive for coronavirus, the treating physicians did not allow Pelagia and Penelope to accompany him to the Intensive Care Unit, where he was hastily admitted.

The efforts of the healers did not bear fruit and on the eve of our National Day, March 24, 2020, Abraham Kaltsas lost the last battle of his life.