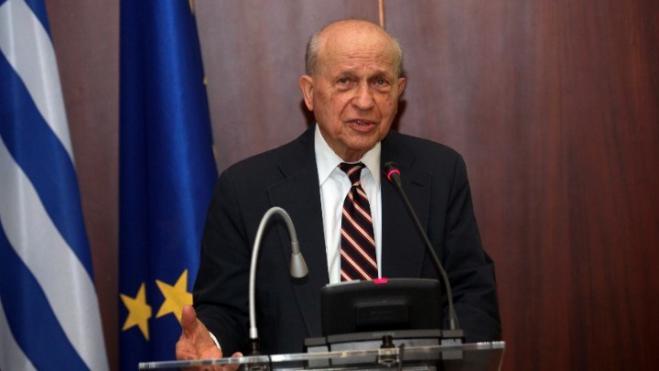 Eugene (Gene) Rossides, a prominent and active member of the Greek-American community in the United States, passed away aged 92.

Rossides was born in the US and was best known for being the founder of the American-Hellenic Institute in Washington in 1974, following Cyprus’ invasion.
He served more than one American president in high-level positions at the Treasury, returning to law practice in later years.

In a memorial statement, the American-Hellenic Institute said, "Gene Rossides championed and inspired a generation and more to advocate for the rule of law, for Hellenism, and justice for Cyprus. (...) He understood that United States foreign policy must be grounded on ethical principles and not only national power."

Greek President Katerina Sakellaropoulou said in a message of condolences that Rossides "contributed to the international awareness of our national issues, and leaves a great legacy which will be continued by those following in his footsteps."

Prime Minister Kyriakos Mitsotakis said that Rossides "was one of the first to understand the importance of the political power of Greeks of America," and served as "a timeless bridge of collaboration between his first and second homeland." He leaves behind him a shining example for later generations that is based on his love of country, justice and democracy, the premier said.

The Greek Foreign Affairs Ministry said in a statement that he was the first Greek-American to serve as assistant secretary of Treasury from 1969 to 1973, and particularly pointed out "his selflessness and invaluable contribution to Hellenism and his significant contribution to the struggle of the Cyprus people for freedom and for a solution in the Cyprus issue."