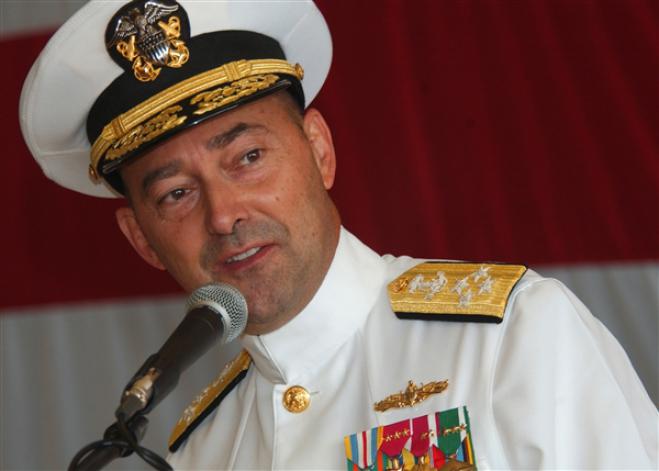 During the interview, Admiral Stavridis made statements about Turkey that are of deep concern to the American Hellenic Institute (AHI) and should concern U.S. policymakers.

“Unfortunately, Admiral Stavridis views Turkey through an outdated prism,” AHI President Nick Larigakis said. “We greatly appreciate and respect his lifetime of dedicated service to the US. However, his views on Erdogan and Turkey are either nostalgic or simply wrong.”

Admiral Stavrides reminisces fondly about the Turkish general officers he knew over seven years ago when he served as Supreme Allied Commander. U.S. policymakers and even the Greek military had good relations with their Turkish counterparts in NATO. Since the 2016 attempted coup, Erdogan has purged the Turkish military of the professional general officers who Admiral Stavrides remembers. He has replaced them with officers whose primary qualification is abject loyalty to Erdogan.

On Turkey-Libya and the Migrant Crisis

In a discussion about the migrant crisis and Libya situation, Admiral Stavridis described the Eastern Mediterranean as a “southern zone of instability.” In doing so, he failed to identify the primary source of “instability” which is Erdogan’s Turkey.

As AHI has stated, Turkey has used refugees as geopolitical pawns, which is a violation of international law. Turkey’s actions have threatened the sovereignty of Greece and all of Europe. Further, the Turkey-Libya Memorandum of Understanding (MoU) on maritime borders has been resoundingly dismissed by the international community as null and void and without any legal foundation.

Turkey’s Hostile Acts in the Region

Erdogan has essentially repudiated the material provisions Treaty of Lausanne which established the status quo in the Aegean Sea, northern Greece and parts of the Middle East.

On Praise of Turkish Military and S-400 Purchase

As NATO member, Turkey’s purchase of the Russian-made S-400 missile defense system threatens the integrity of NATO and violates the Countering America's Adversaries Through Sanctions Act (CAATSA). Admiral Stavridis described Turkey’s acquisition of the S-400s in trivial fashion as a “disagreement among friends.” This statement borders on the bizarre. The S-400s are designed to shoot down F-16s. The only country in the region which has F-16s is Greece.

On Turkey’s Role in Combatting Terrorism and Syria

In addition, Admiral Stavridis praised Turkey’s role in fighting terrorism. To the contrary, Turkey has enabled ISIS fighters to transit Turkish territory to sell oil and other products and provided other support to ISIS. Turkey openly supports Hamas and its policies which violates the security of Israel. Under President Recep Tayyip Erdoğan, Turkey has become a central financial hub for terrorists and has helped Iran skirt sanctions.

It is perspectives such as the admiral’s that have led to the United States’ endless appeasement of Turkey’s demands, which must stop. Admiral Stavridis’ remarks only embolden Erdogan’s authoritarian tendencies and his egregious, provocative actions that are illegal and threaten U.S. interests.