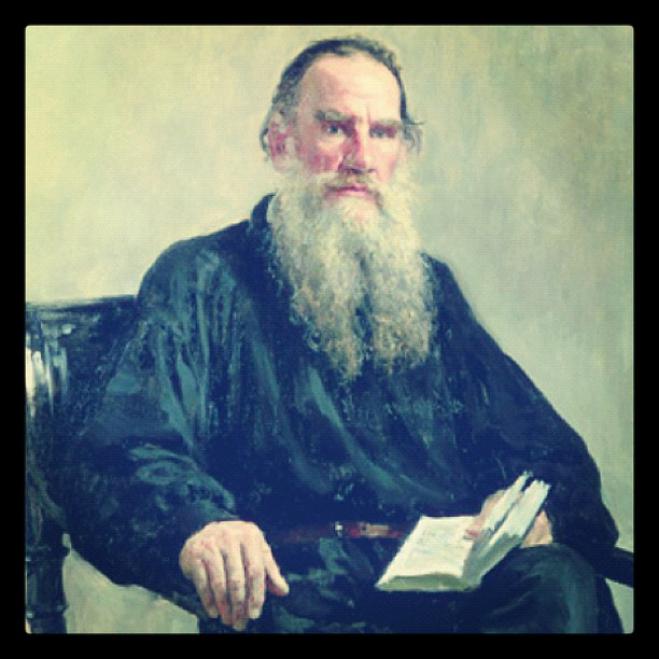 Reading the biography of one of the greatest literary figures, Leo Tolstoy, by Russian-born French author, biographer, historian and novelist Henri Troyat, I came upon a passage that highlighted a hidden relationship between the Russian literary giant and the ancient Greek Classics.

As Troyat writes, and in my humble translation:

"He asked a seminary student from Moscow to teach him the basics of the language. From the first day, the 42-year-old student threw himself into Greek grammar with passion, dug up dictionaries, and delved into the great writers. Despite his headaches, he learned quickly. Within a few weeks he had outgrown his teacher. He translated Xenophon, wandered to Homer, discovered Plato; and said:

"The original is like water from a spring, full of sunbeams and particles that make it pure and fresh; while the translations of the same texts are almost boiled and sterilized."

Sometimes he spoke Greek at night. He imagined that he was living in Athens; as he walked around the snow of Yasnaya Polyana, sunk to his knees, his head was full of sun, white marble and geometry. His wife, seeing him gradually transform into a Greek, was between admiration and concern.

"There was nothing in the world that interested him more or gave him more joy than discovering a new Greek word or understanding a phrase he hadn't found before," she complained. "I asked many, some with university degrees, and they say that Lyovochka made incredible progress in Greek. "

He himself said that he felt refreshed by this diet of ancient wisdom.

"Now I believe," he told Fet, "that I will not write any more gossip like War and Peace."